Trailer: Martin Scorsese presents Pretend It's a City for Netflix | Where to watch online in UK | How to stream legally | When it is available on digital | VODzilla.co

Martin Scorsese and Fran Lebowitz are teaming up for a new series on Netflix, Pretend It’s a City.

Fran Lebowitz knows what she likes—and what she doesn’t like. And she won’t wait for an invitation to tell you. For decades, the critic and essayist has been expressing her opinions, sometimes grouchily, always riotously. A New Yorker to the core, she packages her no-nonsense observations about the city and its denizens into a punchy running commentary, one that spares nobody.

Directed by her longtime friend Martin Scorsese, Pretend It’s a City shapes those thoughts into a guidebook every New Yorker has at one point wished for, checking in on subjects ranging from tourists, money, subways and the arts to the not-so-simple act of walking in Times Square. Along the way, Lebowitz’s own past comes into focus: a life marked by curiosity and independence.

Peppered with Scorsese’s own takes on a town he knows well, the result is a double dose of NYC attitude spanning seven episodes. The docuseries premieres on 8th January. Here’s the trailer:

Pretend It’s a City is available on Netflix UK, as part of an £9.99 monthly subscription.

Netflix Pretend It's A City 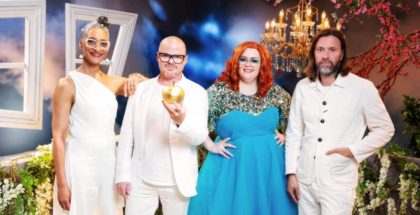