Trailer: Emma Watson's The Circle goes straight to Netflix in the UK | VODzilla.co | Where to watch online in UK | How to stream

Trailer: Emma Watson’s The Circle goes straight to Netflix in the UK

“Knowing is good. Knowing everything is better.”

That’s Tom Hanks in The Circle, a new film starring Emma Watson and John Boyega. Forrest Gump, Hermoine and Finn in the same picture? You may be wondering why you haven’t heard of The Circle. That’s because it was only released recently in US cinemas – and it didn’t do very well.

The movie, directed by James Ponsoldt (The Spectacular Now), is adapted from the book of the same name by Dave Eggers, which follows a young woman who takes a job at a powerful tech company and soon finds herself in a perilous situation involving privacy, surveillance and freedom.

From its topical themes to its all-star cast, expectations were no doubt high for the project, but a premiere at Tribeca Film Festival in April met with decidedly mixed reviews, before the movie went on to make just $9 million over the weekend.

Deadline reports that the film went through a test screening process that prompted reshoots for a different ending. Was is that which turned the fierce premise into a flop? Or was it the casting Hanks in a pseudo-villain role, as a Steve Jobs-like tech boss, whose company encourages people to sign up to their technology and wear mini cameras on them at all times?

That’s what Watson’s character, Mae, does.

“She becomes a pseudo-celebrity with her superpower, that she’s natural, relatable and willing to speak freely about everything in her life,” Ponsoldt told USA Today. “But it gets to the point where it’s almost a religion and then a glass prison of celebrity.”

“When Dave’s book came out, it felt like speculative fiction, the future around the corner,” he added. “But shooting it, we thought of it as an alternaverse: slightly skewed, but essentially our world… You will walk out of the theater and have a serious look at yourself and how you’re living your life.”

The film is the second collaboration between Hanks and Eggers, following A Hologram for the King, which also underperformed. Why The Circle did so poorly in the US is, for the moment, a mystery that may be due to misjudged marketing, bad timing or any number of other factors. What we do know, though, is that it’s no indicator of quality – from Donnie Darko and Zodiac to The Iron Giant and Miller’s Crossing, cinema is full of box office flops that were actually excellent. What we also know is that Netflix has stepped in to buy the UK rights to the project from EuropaCorp (STX distributed it in the US), which will help recoup the film’s estimated $18 million budget. Indeed, with Watson’s co-stars including Karen Gillan, there is every chance the movie may find more traction among British viewers.

The Circle will premiere on Netflix UK on 30th June. For a full list of what else is coming soon in June, click here. For the trailer of The Circle, keep reading.

The Circle is available on Netflix UK, as part of an £8.99 monthly subscription. 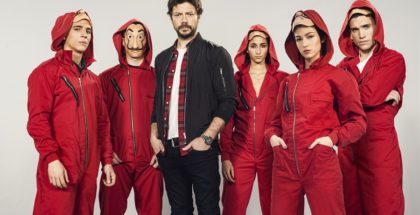