Trailer: Devotion flies onto Amazon Prime Video | Where to watch online in UK | How to stream legally | When it is available on digital | VODzilla.co

Bring everyone home. That’s the starting point for Devotion, which flies onto Amazon Prime Video this week.

Starring Jonathan Majors and Glen Powell, the film tells the true story of two US Navy fighter pilots during the Korean War, who went on to become the Navy’s most celebrated wingmen. The cast also includes Christina Jackson, Thomas Sadoski and Joe Jonas.

Directed by JD Dillard, and adapted from Adam Makos’ book by Jake Crane and Jonathan A H Stewart, the film premiered at the Toronto International Film Festival in September 2022. In the USA, it went on to be released on Paramount+ in the USA, with Paramount distributing instead of producers Sony Pictures. In the UK, meanwhile, Amazon Prime Video will debut the film on Friday 20th January.

Outlander to end with Season 8 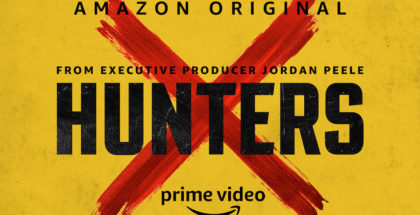