Trailer: Arrow sets Threshold for May release | VODzilla.co | Where to watch online in UK | How to stream

Arrow Films has acquired all rights in the UK, Eire, US, Canada, Australia, New Zealand and South Africa for new horror flick Threshold.

An emotionally gripping possession road movie, the film was shot on two iPhones over the course of a 12-day road trip with a crew of three, largely improvised by the lead actors. The second feature film from co-directors Powell Robinson and Patrick R Young, it tells the story of a pair of siblings embarking on a voyage of new discovery. After joining a cult, Virginia (Madison West) believes herself to be possessed and somehow bonded to a complete stranger. Estranged from her family after years of drug addiction, she confides to her brother Leo (Joey Millin) who reluctantly agrees to take her on a cross-country road trip to find the man and escape the curse. But as their journey continues, there is a growing feeling that her instincts may be right, and that their ultimate destination may prove to be more shocking than either of them could ever imagine.

The movie had its public world premiere at the Salem Horror Fest in the US in October 2020 and premiered in the UK at the Soho Horror Film Festival in the UK in November 2020, before going on to stream at the GrimmFest Easter Horror Nights earlier this year.

Director of Content Francesco Simeoni at Arrow commented: “We’re thrilled to welcome Patrick and Powell into the Arrow family, their film is bold and fresh and is a perfect complement to the curation ethos we live by at Arrow as we search for personal and distinctive genre films with heart – qualities Threshold has in spades.”

The movie will premiere on Arrow on 3rd May. Here’s the trailer:

Where can I watch theatre, musicals and opera on-demand? 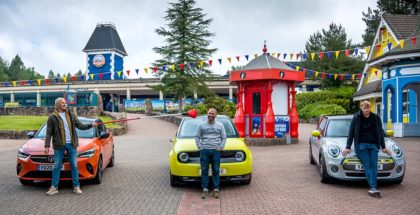