The Grand Tour Season 2 trailer races online | Where to watch online in UK | How to stream legally | When it is available on digital | VODzilla.co

“This is important work,” claims Jeremy Clarkson in the new trailer for The Grand Tour Season 2.

With the BBC’s reboot of Top Gear improving with its second run, though, Clarkson, Hammond and May’s motoring series for Amazon Prime Video does have important work to do, if it wants to improve from its first season. The uneven debut outing for the petrolhead trio veered between the comfortably familiar and tediously tired, as the show attempted to distinguish itself from their flagship BBC car programme while developing a new format.

With no sign of Celebrity Brain Crash, The American and overly scripted banter, the new trailer is a promising blast of cars, cars and more cars – plus a plane for good measure. The new season has been filmed over 100 days across five continents, racking up passport stamps from Croatia, Mozambique, Dubai, Spain, Switzerland, Colorado and New York and other far-flung locations around the world.

From the new Bugutti Chiron to a Rimac Concept One, the array of vehicles promises to be as expensive as ever – and risky too, with the latter vehicle bursting into flames during a test run in Switzerland, which saw Richard Hammond taken to hospital with a fractured knee. Clarkson, meanwhile, suffered from a bout of pneumonia. With their combined age of 158, the trio of presenters have relocated their tent to a new home in the Cotswolds, where studio segments will be recorded to link together their on-the-road (and off-roda) exploits.

Season 2 of The Grand Tour premieres on Friday 8th December. Here’s the trailer:

Why you should catch up with Liar Season 1 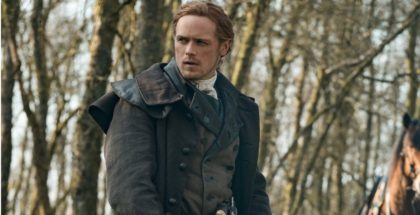