Final trailer for The Defenders arrives | Where to watch online in UK | How to stream legally | When it is available on digital | VODzilla.co

Final trailer for The Defenders arrives 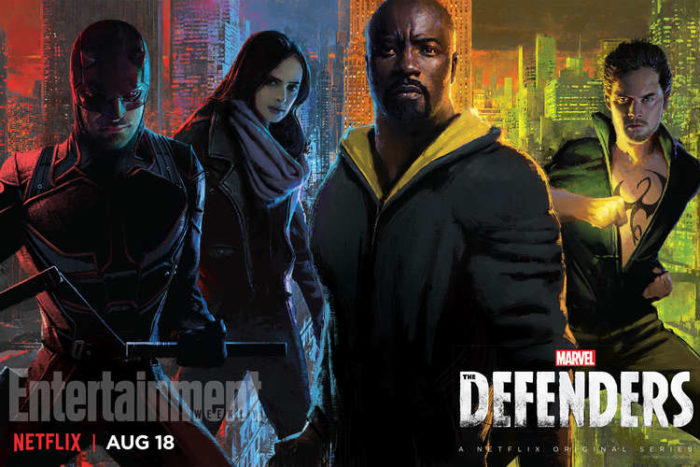 That’s Sigourney Weaver on sinister form in the final trailer for The Defenders. Netflix’s crossover event series is the biggest streaming hit of the summer, as Daredevil, Iron Fist, Luke Cage and Jessica Jones team up to defender New York from Weaver’s sinister villain.

Who is she? What kind of action can we expect? And why is Matt Murdock not wearing his Daredevil costume in the trailers? You can catch up with everything we know here – or, for our spoiler-free thoughts on the show, our first look review is here. We’ve even got a podcast special discussing the whole thing (without spoilers) too.

All episodes land on Netflix on Friday 18th August. Here’s the new video to help count down the few remaining hours:

The Defenders trailer and first episode shown at Comic-Con

“I’m glad we found each other.” “I’m not hugging you.” The laughs come thick and fast in the new trailer for The Defenders, unveiled at the show’s Comic-Con panel.

That’s not to say, though, that the mood isn’t tense: when the official synopsis says that a blind ninja, a smart-ass detective, a bulletproof ex-con and a kung Fu billionaire team up when a villainous sect threatens to destroy New York City as we know it, it isn’t kidding. Sigourney Weaver’s Alexandra is on chilling form as the villain, promising everyone who will listen that nobody is a good guy in this fight, that the battle is already over, and that our heroes’ alliance will only be temporary.

That alliance, of course, is between Daredevil (Charlie Cox), Jessica Jones Krysten Ritter), Luke Cage (Mike Colter) and Iron Fist (Finn Jones), who all struggle to get on with each other, in between beating up bad guys.

The cast were all present at Comic-Con, along with Marvel’s Head of TV, Jeph Loeb. Not only did they unveil a teaser for The Punisher, announce the renewal of Iron Fist for a second season and the new The Defenders trailer, they also screened the whole first episode of the new series, the details of which we won’t reveal here, due to spoilers.

“The most interesting thing about The Defenders to me is the relationship between the people,” Colter told fans gathered in Hall H.

The first full trailer has landed for The Defenders – and, in the words of Jessica Jones, it’s classy.

This is the story of four solitary figures, burdened with their own personal challenges, who realize they just might be stronger when teamed together. How exactly they will unite has been the subject of much speculation, but the first video for the series gives us the answer, as Jessica finds herself arrested in Hell’s Kitchen – and Matt immediately walks in and announces himself as her lawyer. Any doubts fans had about Iron Fist somehow slotting into the ensemble, meanwhile, are reassuringly addressed by the trailer, which mostly sets Danny Rand up as the butt of all the jokes.

Watching the quartet interact is already fun, and that’s only after a 60-second burst. The prospect of Sigourney Weaver being their Big Bad is the icing on the cake.

All episodes of Marvel’s The Defenders premiere globally on 18th August. Here’s the trailer:

New trailer for The Defenders teases return of familiar face

There are still several months to go until The Defenders finally unite on Netflix, but hot on the heels of Iron Fist’s intriguing introduction of one of Marvel’s Lost Cities, and that viral New York Bulletin website, we’re getting out first glimpse at what’s in store – or, more specifically, who’s in store.

We knew already that Elodie Yung would be reprising her role as Elektra in some way, shape or form, but the latest promo for The Defenders seems to give us a glance at how that’s going to happen – and it mostly involves The Hand and some dark little ritual.

Otherwise, we know that the cast will also include Simone Missick’s Misty Knight from Luke Cage, Deborah Ann Woll’s Karen Page (also from Daredevil). Rosario Dawson’s Claire Temple (from everywhere), Rachael Taylor’s Trish Walker (Jessica Jones) and Scott Glenn’s Stick (Daredevil), plus Elden Henson’s Foggy Nelson (Daredevil), Carrie-Anne Moss’ Hogarth (Jessica Jones) and Eka Darville’s Malcolm (Jessica Jones). Oh, and Sigourney Weaver as the mysterious villain, called Alexandra, who has no origin in the comic books. With Elektra back fully on the cards, though, will she end up being a villain to some degree too?

The whole of The Defenders will be released on Friday 18th August.

Here’s the latest video – read on for more speculation about the crossover series’ plot.

The Defenders will assemble on 18th August, Netflix has announced.

The crossover series, which will see the streaming service’s four Marvel superheroes (Daredevil, Jessica Jones, Luke Cage and Iron Fist) team up, has been on the cards ever since Matt Murdock first appeared on our screens. Now, with Danny Rand / Iron Fist’s premiere under its belt, Netflix is wasting no time in unveiling more details about the limited event series.

The teaser is as playful as the promotional pictures have been, with the quartet all hanging out in a lift, seeming to mind their own business. But while the time on the camera confirms the 18th August premiere date, the video also contains a few other clues as to what the series will be about: an IP address 23.253.120.81 is in the top left corner of the video, which takes you to http://nybulletin.com/.

The New York Bulletin is a rather neat viral website for the fictional daily newspaper of Hell’s Kitchen, containing a link to the website for Colleen Wing’s Chikara Dojo (thewingway.com) and also an interview with Danny Rand’s parents:

More intriguing than that, though, are the fake newspaper front pages going across the bottom of the website, four of which recap the conclusions of each standalone super-series to date – and one that seems to tease the plot for The Defenders. The cover mentions a “Lost City” – a possible reference to one of the Lost Cities that feature in the Marvel universe, with one of them (K’un L’un) featured in Iron Fist as the place where Rand received his mystical training in the martial arts. 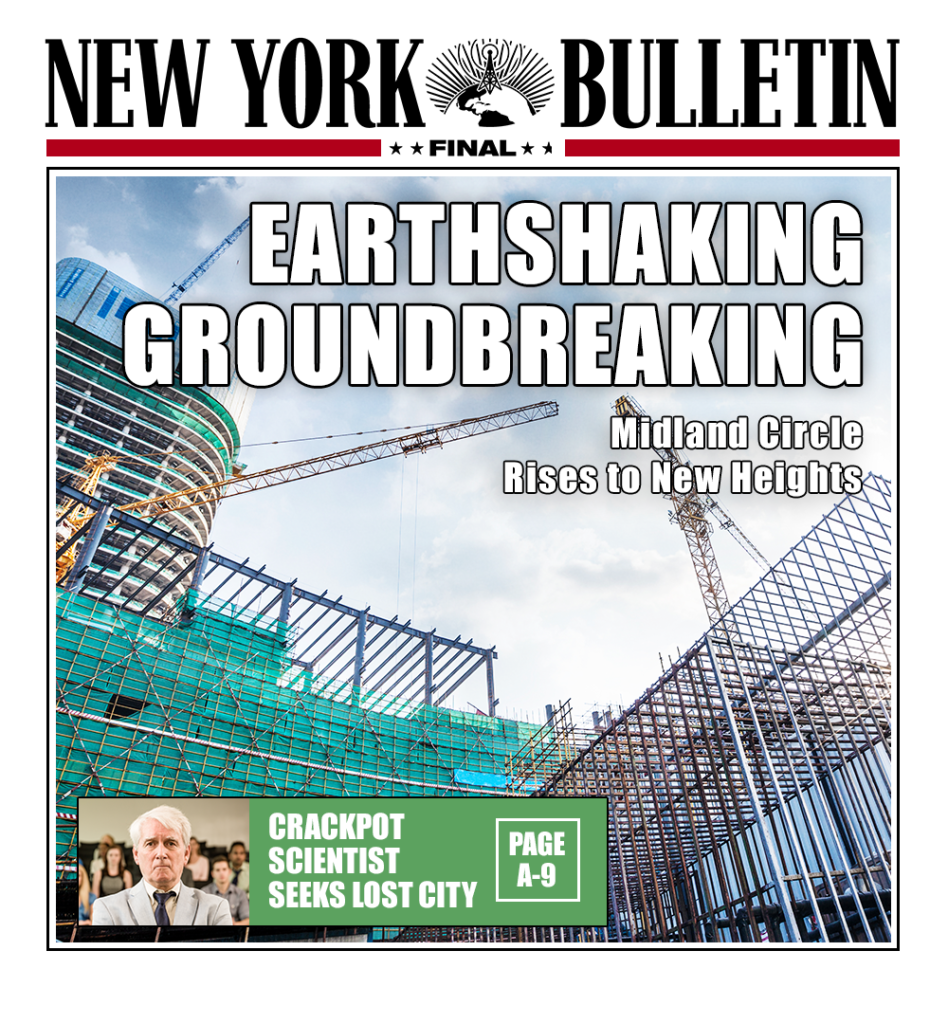 There are still months to dissect this new trail of breadcrumbs, which will keep fans happy, as Netflix and Marvel also work out when to premiere its next original series, which will be The Punisher’s spin-off from Daredevil. Then, it’s on to Jessica Jones Season 2 and Daredevil Season 2. But for now, here’s the new teaser trailer. (Head this way for some images.) 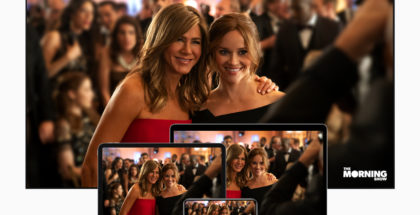 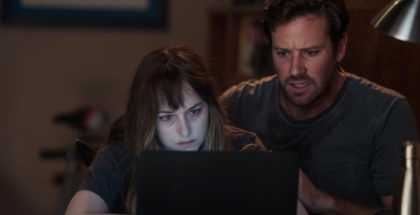 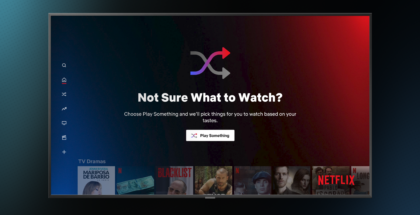