Sky snaps up Temptation Island | Where to watch online in UK | How to stream legally | When it is available on digital | VODzilla.co 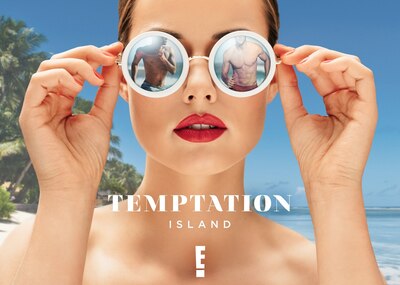 Sky and pop culture brand E! Entertainment Television has acquired Season 1 and 2 of Temptation Island for the UK and Ireland.

Hosted by Mark L. Walberg and produced by Banijay Studios North America, the hit US series will follow four dating couples who test the strength of their relationships as they move to an exotic island alongside a group of sexy singletons in search of love. What could possibly go wrong?

Temptation Island is the ultimate test of faithfulness, following four couples at a pivotal time in their relationships, where they must decide if they’re ready to commit to each other for the rest of their lives – or go their separate ways. Together, the couples travel to the tropical paradise of Hawaii, where they join 24 eligible men and women and live the ‘single life,’ in the ultimate test of commitment.

Zai Bennett, Managing Director of Content at Sky, says: “Temptation Island is addictive and unmissable, and we can’t wait to launch it on Sky this summer. If you’re a fan of reality TV and entertainment, then this is your next must-watch show.”

“Revived, revamped, relaunched and now recommissioned, Temptation Island is the definitive ratings-busting reality series, which pushed USA Network’s slot average up by 68%,” adds Chris Stewart, Commercial Director, Scripted at Banijay Rights. “Putting couples to the ultimate test, the show provides equal parts drama and entertainment, and is sure to strike a chord with the reality-loving E! audience.”