Salma Hayek and Owen Wilson to star in Amazon's Bliss | Where to watch online in UK | How to stream legally | When it is available on digital | VODzilla.co

Salma Hayek and Owen Wilson to star in Amazon’s Bliss

At a time when big name buzz is surrounding Disney and Apple’s ventures into streaming, the casting is a reminder that Amazon Studios has lost none of its clout to bring in starry names to its feature projects.

Indeed, the talent behind the camera is just as impressive: the sci-fi drama is written and directed by Mike Cahill, who has previously given us Another Earth and I, Origins. Bliss follows recently divorced Greg (Wilson) who meets Isabel (Hayek), a woman who lives on the streets and is convinced that the polluted world around them isn’t real. Rather, she believes it’s a harsh world simulation inside of the beautiful, peaceful “real” world of bliss – precisely the kind of mind-bending premise that made Cahill’s previous genre twisters so distinctive.

The movie is produced by Endgame Entertainment’s James D. Stern, with the company’s Lucas Smith serving as exec producer, alongside Marsha Swinton. 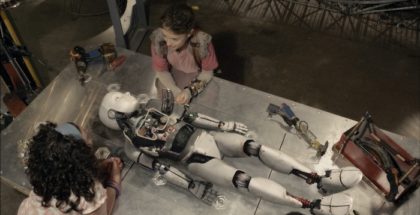