Riz Ahmed teaming up with Netflix for Hamlet | VODzilla.co | Where to watch online in UK

Riz Ahmed teaming up with Netflix for Hamlet

Riz Ahmed is reportedly in talks with Netflix to produce a new version of Hamlet.

Shakespeare’s classic is one of the most well-known plays of all time, with its lead role an iconic part for many actors, both on stage and screen. With buzz from Andrew Scott playing the role on London’s West End fading, you can expect buzz to begin afresh surrounding the British-Pakistani actor and rapper.

Ahmed started out on the screen in Michael Winterbottom’s The Road to Guantanamo, a role followed by Charlie Brooker’s Dead Set and Eran Creevy’s indie drama Shifty. Since then, his star has rocketed, fuelled by turns in Four Lions and The Reluctant Fundamentalist. Ahmed has never shied away from political projects, and his articulate activism off-screen, including a speech at the House of Commons, has only won him more support and influence. With an Emmy win this year for HBO’s The Night Of, and a supporting role in Star Wars prequel Rogue One, his profile has never been higher: only recently, he was in Time magazine’s list of Most Influential People in 2017.

Deadline reports that Ahmed will use this Hamlet adaptation to continue his quest to bring stories and roles with social impact to the forefront. It is developed by the actor with writer Mike Lesslie (Macbeth, Assassins Creed), a friend from university. This new take on the play will be set in modern London, a city of economic and political uncertainty, exploring themes of family honour, moral duty and dynastic corruption. Jim Wilson (Under the Skin, ‪Attack the Bloc‬k) will produce, with Netflix in talks to both finance and distribute the project.

Ahmed, meanwhile, can next be seen in The Sister Brother, opposite Joaquin Phoenix and ‪Nightcrawler‬ colleague Jake Gyllenhaal. 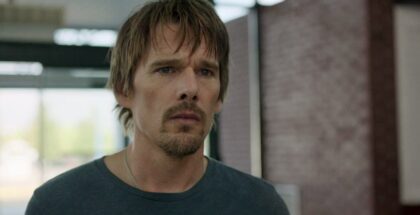