Paquita Salas returns to Netflix | Where to watch online in UK | How to stream legally | When it is available on digital | VODzilla.co

Paquita Salas is returning to Netflix for a third season.

Spain’s most beloved talent rep is coming back to hunt new talents in drama, which is written and directed by Javier Ambrossi and Javier Calvo. The six-part third season will see the return of the main cast, including Brays Efe as Paquita Salas, Belén Cuesta (Magüi), Lidia San José (as Lidia San José), Anna Castillo (Belén de Lucas), Álex de Lucas (Álex) and Yolanda Ramos (Noemí Argüelles), as well as some star cameos.

Paquita says: “Darlings, the bravest bull is back in the bullring. I’ve had it up to here with a calmed life, I like trouble. I will shake the business, ‘La Paca’ is going for all.’’

After dismantling her talent agency, Season 3 sees Paquita decide to come back from retirement to launch a more modest agency (or, as she would say, more “gourmet’’). Back into business, Paquita will be challenged to face the world of influencers and online video. Both, she and all the other characters will realize how difficult it is to reinvent yourself.

Paquita Salas is produced by Apache Films for Netflix. Production on the third season is now underway in Madrid for a 2019 release. 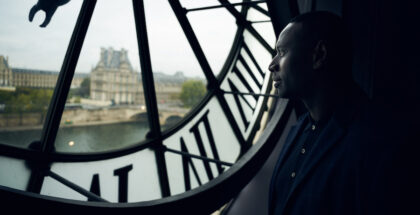