New Pokémon adventures and Horrid Henry will be joining the list of new Netflix UK releases in June.

The start of a new month is always an interesting time, because it’s when Netflix tends to add the most new titles. Sunday 1st June is set to be no exception: the complete first season of Horrid Henry, based on the bestselling books by Francesca Simon, will be added to the service tomorrow, along with a new batch of Pokémon.

Horrid Henry follows Henry, who is horrid, in his mischievous battle against all adults – namely his parents, teachers, and babysitters. Flanked by younger brother, Perfect Peter, Henry gets up to no end of mischief as he navigates the troublesome life of a 10 year old boy. Seasons two and three of the programme will be added later this year.

The most exciting new addition to June’s Netflix UK catalogue, though, is surely Pokémon the Movie: Kyurem vs. The Sword of Justice.

But Netflix UK has gotta catch ’em all, so it’s adding another host of new adventures, which see Ash, Misty and Tracey in the Orange Islands before they return to Pallet Town.

Kyurem vs. The Sword of Justice features Kyurem, the Boundary Pokémon, and Keldeo who wishes to become a member of the Swords Justice. With Ash and Pikachu also on the journey, a battle breaks out between Kyurem and Keldeo to free the Swords of Justice.

Netflix for kids: Pokémon the Movie: Diancie and the Cocoon of Destruction... March 31, 2017 | Nathanael Smith 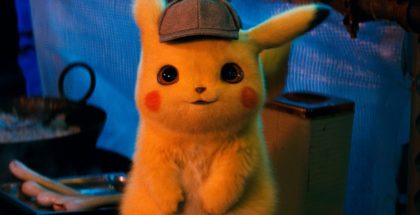