VOD film review: Venus in Fur | Where to watch online in UK | How to stream legally | When it is available on digital | VODzilla.co

Sexy, intelligent, daring and entertaining, Venus In Fur is Polanski’s best in years.

Roman Polanski’s taste for the theatrical becomes more and more literal with his latest film, Venus In Fur. Based on David Ives’ play of the same name, it almost entirely takes place within the auditorium of a theatre.

After his last film, Carnage, saw the one location’s activities play out between four performers, here we are whittled down even further to two: Emmanuelle Seigner and Mathieu Almaric, who engage in a battle of wits, sexuality and gender roles within claustrophobic confines.

With such an intense spotlight on two performers, it takes a palpably high class of performance to pull it off but Seigner and Amalric rise to the challenge. Seigner’s Vanda evolves through the runtime, starting as a down-on-her-luck actress caught in a storm before taking control, at first playing on the tropes of this type of character before using her intellectual and physical wiles. Seigner seems to transform in the role physically, almost as if cosmetic surgery is being invisibly performed on camera; the effect is bewitching, for both Amalric and us.

Mathieu plays his part cleverly, even at the start not your typical autocratic director, instead feeling instantly uncomfortable. His character has a strong sense of what he wants and doesn’t with the play he has adapted, as is specified often in the film, and directed; often he feels like he’s just as worried about the soul of his play as he is for his own. It’s a confident turn from a man lacking in the bravado that so many screen directors have had previously.

Helping the actors along nicely is sparky direction and a witty screenplay, which constantly switches positions of power in both obvious and more subtle ways. Right from the start, Vanda has a handling of the setting in which this verbal sparring will take place, knowing her way around a lighting rig, almost directly informing the film’s cinematography. This meta aspect is empowered by the film’s playful tendancy to have the characters almost spontaneously launch into dialogue from the play within the film, complete with sound design that mimics what would be heard if it were actually “staged” within the confines of the world we inhabit for 96 minutes.

Polanski is at his most playful, informing many serious points about the expectations for (and also of) the male and female id. During these long bouts of back-and-forth exchanges he keeps us on our toes. Venus in Fur does slightly lose its way at the end with the subtler inferences of the film being made much more obvious – one of the final images hammers its point home rather too broadly – but for the majority of the time, a damn good show is put on.

With two performers at the top of their game and a director who finds a great deal of wealth from the material, it is one of the most surprisingly fun times arthouse cinema has given us for a while. Sexy, intelligent, daring and entertaining, Venus In Fur is Polanski’s best in years. 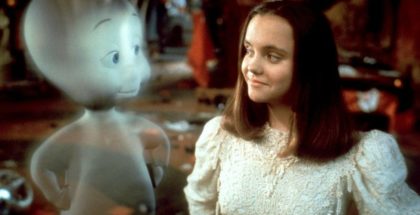