Orange Is the New Black promotes Freida to series regular | Where to watch online in UK | How to stream legally | VODzilla.co

Orange Is the New Black promotes Freida to series regular 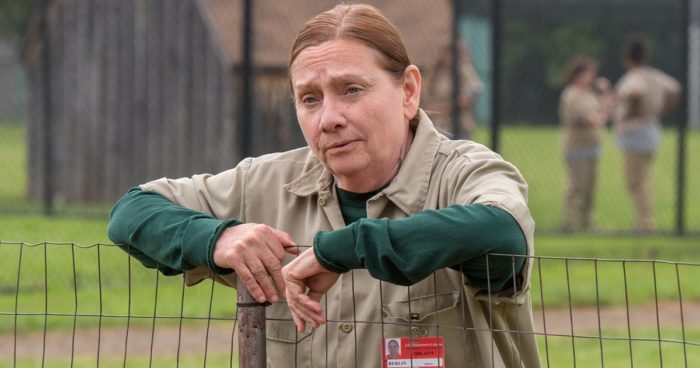 We’ll be seeing a lot more of Freida Berlin in Season 6 of Orange Is the New Black, as the character is promoted to a series regular.

Frieda, who has won over fans during the show’s first four seasons with her murderous knowledge (“Why dig one six-foot hole when you can dig six one-foot holes?”), intriguing neck tattoos and apparent castration of her husband, is a familiar face in Litchfield. She’ll no doubt be in the corridors of the prison for Season 5 of Netflix’s drama, which premieres next week on the streaming service.

That fifth season will see a slight departure from the norm, as it unfolds in real time following the chaotic aftermath of Season 4’s violent finale. But Dale Soules, who plays Frieda, will definitely make it out the other side of the season, with the actress (who has also appeared in Unfogettable and feature film Aardvark, opposite Zachary Quinto) upped to a more regular role in the programme.

Talking about Season 6 of Orange Is the New Black might sound a little premature, but Netflix commissioned a sixth run last year, ordering a seventh to boot from creator Jenji Kohan.

For more on Season 5, including a trailer, head this way.

Netflix has renewed Orange Is the New Black for another three seasons.

The Netflix original series, set in a women’s prison and created by Jenji Kohan, returns this year for a fourth season – but will return again for a fifth, sixth and seventh season in the coming years.

The unprecedented announcement marks the first time that the VOD giant has committed to so many seasons of an original show in advance. Netflix has previously said that Orange Is the New Black is its most popular original show, a claim that third party research has backed up. Nonetheless, before now, it has only ever commissioned one new season of the show at a time.

The news follows the renewal of House of Cards for an unexpected fifth season. While showrunner Beau Willimon will not return for Season 5 of the political thriller, though, Kohan has committed to continue as Orange is the New Black’s executive producer and showrunner all the way until the end of Season 7.

“Jenji and her team have produced a phenomenal and impactful series that is both funny and dramatic, outrageous and heartfelt. Audiences around the world have come to love the ladies and men of Orange is the New Black, and we are eager to see where three more seasons will take them,” says Cindy Holland, Vice President of Original Content at Netflix.

“Three more years! Not quite a political term, but still plenty of time to do some interesting things,” adds Kohan. “In some cultures, ‘May you lead an interesting life,’ is a curse, but I don’t live in those cultures. Here’s to keeping it interesting. Thanks Netflix! Both thanks and you’re welcome Lionsgate! And kudos and gratitude to the stellar cast and crew and writers and producers and editors and musicians and mixers and shleppers… with whom I have the pride and honor of crafting this show. Three more years! Three more years!” 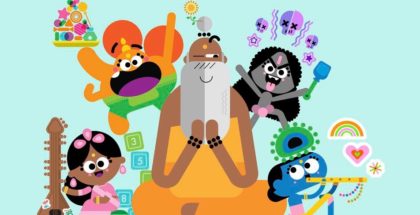