Netflix announces four new kids' TV shows | Where to watch online in UK | How to stream legally | When it is available on digital | VODzilla.co

The original animations will join an ever-growing line-up of child-friendly content on the streaming service, as the competition for young eyeballs continues to heat up.

In April, Netflix ordered Green Eggs and Ham, based on the Dr. Seuss book, a commission that was followed by Sky snapping up the rights to thousands of new shows for its own VOD library, including Adventure Time. Only this week, Amazon announced a new dedicated kids’ tablet, complete with a child-specific subscription service, including TV series from Prime Instant Video, educational apps and books.

The new shows will target a range of audiences, from preschool-friendly animal adventures to an action-adventure based on Tarzan.

All episodes of the original series will premiere at the same time around the world.

“We could’t be more excited to be partnering with such a diverse group of creative talent on these new Netflix series for kids,” says Erik Barmack, Netflix VP of Global Independent Content, highlighting the service’s line-up for “preschoolers and grade school adventure fans”.

In addition to the new original titles, Netflix is also adding three first-run exclusive series for kids to enjoy. The award-winning Russian phenomenon Masha and the Bear will premiere this August in the United States. This month, Canadian animation company Nelvana Studios introduces The Day My Butt Went Psycho to grade-school kids in the US, UK, and Mexico. And Elias, the little rescue boat from the popular Norwegian preschool series of the same name, is now streaming exclusively on Netflix in US, Canada, UK, Ireland, Australia and New Zealand.

Here’s a rundown of the upcoming kids’ originals – as well as when you can expect them to be released.

From Saban Brands and Cirque du Soleil Média comes Luna Petunia, a new preschool series. Inspired by Cirque du Soleil’s unique brand of innovation and creativity, the animated series will chronicle the adventures of Luna Petunia, a girl who lives in our world but plays in a dreamland where she learns how to make the impossible possible.

The branding is crucial to Netflix’s plan for this show: Season 1 will kick off a franchise roll-out that will include a consumer products line, interactive digital content and even a potential live tour.

From 41 Entertainment, Executive Producer Avi Arad (Arad Animation) and with animation from ARC Productions, comes a new series based on Edgar Rice Burroughs’ collection of stories about his iconic characters, Tarzan and Jane. In this modern-day remake, 16 year old Tarzan returns from the African jungle to a London boarding school where he is a fish-out-of-water and challenges conformity. There he meets Jane, Tarzan’s ultimate partner, who helps him solve environmental injustice, crimes and mysteries. 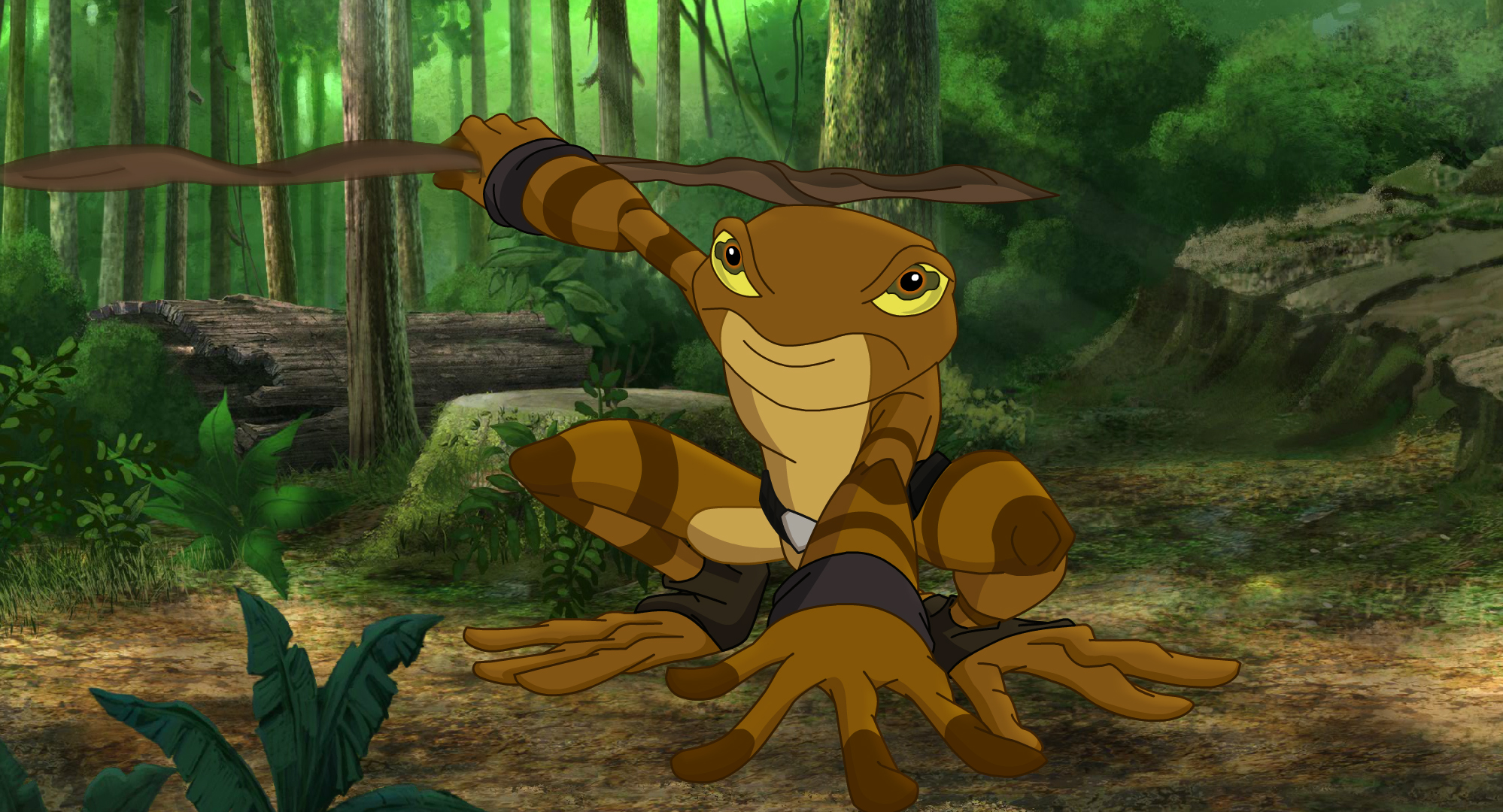 Kulipari: An Army of Frogs is based on a trilogy of books created by American football star Trevor Pryce and is inspired by his childhood fear of frogs. A story about bravery and heroism, this animated series targets grade school boys and follows poisonous frogs, scorpions and spiders who must go to war to ensure their power – and the survival of their entire world.

A new animated preschool series, Puffin Rock is set on a beautiful island off the coast of Ireland. Oona is a charismatic and plucky young puffling, who, along with her ever-curious little brother Baba, explores the diverse array of sea, sky, land and underground creatures. The series introduces a combination of preschool themes and soft natural history learning to young viewers. Acclaimed actor Chris O’Dowd narrates the English language version, with a diverse group of international talent narrating in other languages across the globe. Penguin Random House Childrens, Dog Ears, and twice-Oscar-nominated animation studio Cartoon Saloon partnered on the series, which will premiere exclusively on Netflix in the U.S., Canada, Latin America,Benelux, France and Germany this September, and in all other Netflix markets at a later date.