As Sheffield Doc/Fest 2020 enters its final weekend, the festival is teaming up with MUBI UK to stream a selection of highlights from this year’s line-up.

The annual festival, which traditionally takes place in Sheffield in June, went ahead virtually in June and July, with 31 world premieres, 15 international premieres, 5 European premieres and 40 UK premieres all streamed via a new digital platform, Sheffield Doc/Fest Selects. This autumn, it returned with a combination of weekend screenings at the Showroom Cinema in Sheffield, along with a digital showcase for any films playing on the big screen. With cinemas currently closed again due to the coronavirus pandemic, the end of the festival has reverted to an online-only affair, with the final weekend’s films available online until 26th November. (For our guide to the festival’s line-up and how it works, click here.)

For those who missed some of the year’s earlier favourites, though, MUBI UK is the place to go, with six documentaries hitting the subscription service, from a newspaper kiosk in Paris to a rebel love story in the Brazilian Amazon, as well as new works by luminary Lynne Sachs and Sofia Bohdanowicz.

The films are available in the MUBI Library for two weeks – until 28th November – as part of a £9.99 monthly subscription. Read on below for the line-up, or head this way for our weekly MUBI Digest, which keeps you up-to-date on anything new arriving that week, highlights from the current library and what’s about to be removed.

Film About a Father Who

Over a period of 35 years, Lynne Sachs shot varied footage of her father, a bon vivant and pioneering businessman. This is her attempt to understand the web that connects child to parent and sister to sibling. As a daughter, Sachs discovers more about her father than she had ever hoped to reveal. Read our review

A speculative documentary set in the desert town of Truth or Consequences, New Mexico. In the shadow of the world’s first commercial Spaceport, and set in a near future when space travel has begun, the film follows five residents in the town while meditating on time, progress, history and loss.

Piti, a white Brazilian woman, is married to Antonio, a man from the Ashaninka indigenous community. Back in the 70s, their marriage was a revolutionary decision that triggered a process of social, political, and communal change. They fought for their love as they fought for their land and children.

The microcosm of a magazine kiosk located in a wealthy area of Paris: the big picture in miniature. Housewives, business people and pensioners all buy their reading material here. Others just ask for directions. A humorous take on life and the people on either side of the magazine stand.

Point and Line to Plane

A filmmaker grieves a friend whose passing was sudden and shattering. She is alone in a foreign city, the view from her window her only glimpse of an outside world still revolving. She finds solace in the gallery space and in the pages of Wassily Kadinsky’s book Point and Line to Plane.

At home in Burkina Faso, filmmaker Simplice Herman Ganou usually documents human relationships. A new project takes him to Winterthur in Switzerland, where he has trouble making contacts. How can he find a story, if no one will talk to him? Will he be able to overcome people’s fear of the unknown? 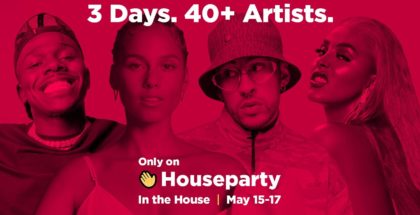