This week's new releases on MUBI (20th June 2015) | Where to watch online in UK | How to stream legally | VODzilla.co

Not getting your arthouse fix from Netflix? Wish there were more indie films on Amazon Prime? Every week, we round up the new releases on MUBI, a subscription VOD service that hand-picks films from around the world and adds one a day, with each film available to stream or download for a month. (Current titles include Another Year, In a Better World and Knife in the Water.)

Here are the latest additions and future releases on MUBI in June 2015:

Federico Fellini’s 1970 movie is an overlooked part of the maestro’s filmography: originally made for TV, the docu-fantasy-comedy about his fascination with clowns and circuses starts with an eight year old boy, who watches as a circus is built outside of his bedroom window. Things are, inevitably, not as straight as forward as they would seem.

This 2007 drama, directed by Iranian American Rammin Bahrani reveals the oft-untold stories of New York’s other residents, here represented by street orphan Alejandro and his sister, Isamar, who must do what it takes to survive.

Max Ophül’s 1934 feature came before his 1950 adaptation of Arthur Schnitzler’s sex-fuelled class critique La Ronde, but the director’s only Italian film is just as dark, starting with the attempted suicide of film star Gaby, which prompts a romantic melodrama told through stylish flashback.

36 gets its name from the number of shots in the movie – the same as on an analogue roll of film. Photography, both as medium and memory, is at the heart of Nawapol Thamrongrattanarit’s tale, which sees a location scout tracking down photos that were lost following a computer hard drive error. Made in 2013 at the age of 29, this feature debut by the young director is a calling card for a new Thai talent.

This adaptation of Alan Ayckbourn’s comedy play of the same name couldn’t be further from Alan Resnais’ Hiroshima mon amour and Last Year at Marienbad. His 2014 effort sadly proved to be the legendary film-maker’s last ever project, before he passed away.

An extended look back at the West German terrorist group, the Red Army Faction, produced by the man behind Downfall? It’s no wonder that The Baader Meinhof Complex was Germany’s entry for Best Foreign Language Film in 2009. The epic 250-minute drama captures almost three decades in detail, if not always depth.

Jim Jarmusch’s bittersweet comedy-drama sees an old man revisit his former lovers after an anonymous letter tells him he has a son. Released in 2005, it formed a double-bill with Lost in Translation that introduced a more melancholic, understated side to Bill Murray. If you and your dad have the same taste in movies, this is just the thing for Father’s Day.

VOD film review: The Kids Are All Right 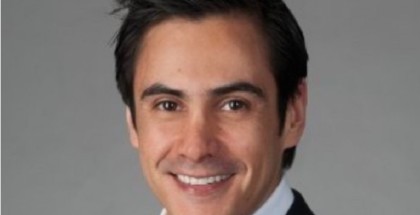