BBC TV review: The Clangers | VODzilla.co | Where to watch online in UK

“This is the Earth, our home…” begins Michael Palin at the start of each episode of The Clangers. “A tiny, wet planet, lost and alone. Lost in the vast silence of space…”

It’s not the introduction that older viewers will be used to, but it’s immediately clear that the Beeb’s updated version of Oliver Postgate’s classic has no intention of rebooting the show for modern audiences. In a year where Gerry Anderson’s equally loved series was given a CGI makeover, new characters and a different back-story, The Clangers feels like the antithesis to ITV’s Thunderbirds: this is a show that proves you don’t need explosions and fast-paced scripts to entertain young audiences.

“An idea is always worth having. You just have to know what it’s for,” says Palin, in one of his many charming narrations. The Monty Python veteran has already become a national treasure, thanks to his everyman travel diaries, twinkly-eyed wit and ability to never to take himself seriously. His avuncular tones are the perfect fit for The Clanger’s reassuring voice-over, which rejoices in the small details of our creatures’ lives.

It’s that simplicity that has helped The Clangers to endure, passed down from parent to child for generations, whether on VHS, DVD or YouTube. The instant familiarity of the characters – Tiny Clanger, Small Clanger, Major Clanger, Mother Clanger and Granny Clanger are all back – is part and parcel of that nostalgic charm, something that has been preserved by giving things only the subtlest spit and polish. CGI animation is used, from spinning washing lines and glowing backdrops to sequences floating in space, but there is a focus on the tangible objects that anchor the stop-motion visuals, from the metal dustbin lids (which give The Clangers their name) to Major Clanger’s teeny, tactile telescope. The Clangers themselves are lovingly made, their vibrant stitches crying out to be hugged and their ears and eyes oddly expressive. 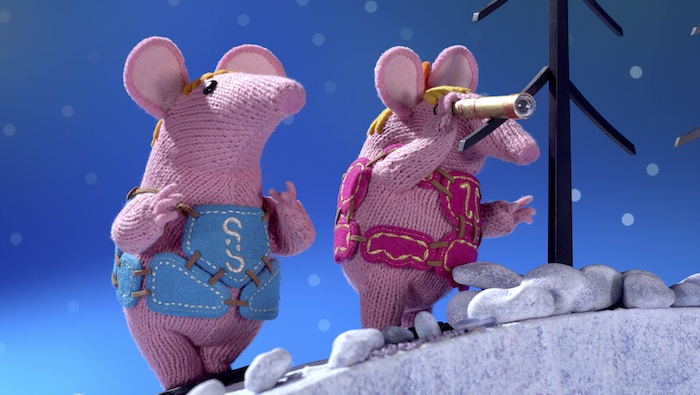 Co-creator Peter Firmin and Oliver’s son, Daniel Postgate, are also on board to keep the scripts in the same, stripped-down vein: one episode sees the group find a mysterious lump of metal, while another sees Major Clanger invent a knitting machine to save Granny from having to do it all the time – despite the fact that Granny Clanger quite likes it. (Silly Major Clanger!)

The Iron Chicken and the Soup Dragon – everyone’s favourite broth-related mythical reptile – make an appearance too, with green soup firmly on the menu. But it’s not the plots that people remember about The Clangers: it’s the noise.

The swannee whistle dialogue, rising and falling in a way that really does sound like actual speech, returns and is still captivating to hear; a sound so intuitive that people around the world have famously sworn that The Clangers talk in their native language. It’s no coincidence that some of the best kids’ TV shows of all time – such as Pingu and Morph – feature characters communicating in the same universally translatable (or untranslatable) noises.

When Palin does step in to interpret, it’s never intrusive or over-used. Sometimes, his narrator knows he doesn’t even have to bother. “We still don’t know what it is,” he says of that mysterious metal thing, “but it doesn’t really matter.”

The music, too, brings out that shared sense of childlike magic. Composed by John Du Prez, a friend of Eric Idle and a composer on previous Palin projects A Private Function and A Fish Called Wanda (not to mention the three original Teenage Mutant Ninja Turtles films), the new soundtrack continues the tradition of woodwinds and plucked harp, while the theme borrows original composer Vernon Elliott’s fondness of friendly, lilting waltz.

The result is something that feels as timeless as ever, because it doesn’t alter what made The Clangers special in the first place: its ability to present imagination as the most natural thing in the universe.

The show may be broadcast on CBeebies (every weekday at 5.30pm), but it can charm the blue string pudding off a spaghetti tree, no matter how old it is.

If the series hasn’t been reinvented, though, it does abide by one law of modern remakes: it is bigger. The Clangers originally spanned just 26 episodes – a number that has been doubled to 52 for the new run. With 11 minutes an episode, that works out at 9 hours and 31 minutes of adorable brilliance, which will be available to stream on BBC iPlayer every morning in bed.

What better way to start the day? On a tiny, wet planet lost in the vast silence of space, The Clangers is a warm-hearted reminder that, as Palin says at the start of each episode, maybe it’s not so silent. And maybe we’re not so alone.

Giancarlo Esposito joins Netflix’s The Get Down 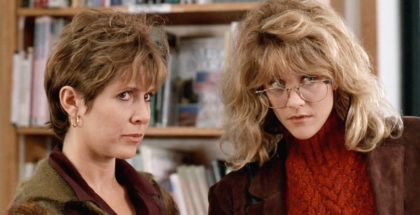