MUBI signs first theatrical deal to co-distribute Arabian Nights | Where to watch online in UK | How to stream legally | VODzilla.co

The SVOD service, which specialises in arthouse and independent movies, has partnered with New Wave Films to co-distribute the theatrical, home entertainment and VOD release for Miguel Gomes’s three-part film, which won acclaim at this year’s Cannes Film Festival.

The deal marks the first co-distribution deal by the video on-demand platform. MUBI will team up with New Wave to release the film Arabian Nights in cinemas across the UK and Ireland. Arabian Nights will then be shown on MUBI, giving members the opportunity to discover the film online fter the theatrical release.

Hugely ambitious, indignant and filled with offbeat humour, Gomes’ film draws on the structure of Arabian Nights to create a vivid portrait of Portugal today. The director of Tabu, disturbed by the austerity measures imposed on his homeland, commissioned journalists to gather true stories from all over the country that were then fictionalised. The outcome blends the real and surreal in a series of episodes where social realism is mixed with the downright bizarre.

MUBI’s curated service hand-picks a new film every day to offer its members, with its programming often reflecting current affairs and other topical events. Each film is available to watch for 30 days, with subscriptions costing £4.99 a month – or £39.99 for a year. Members can enjoy films across multiple devices. Since launching in 2007, MUBI’s unique focus on cult, classic and award-winning titles has seen the site grow to operate in over 200 countries. Earlier this month, MUBI announced its first major studio deal when it secured SVOD rights to Sony’s back catalogue.

Efe Cakarel, Founder and CEO of MUBI, describes the deal as “phenomenal”.

“This is the perfect film to make our foray into releasing a film across all platforms. Not only are we able to partner with such an inspiring company such as New Wave Films but also, we are able to bring one of this year’s most incredibly unique films to cinemas and then our audiences.”

Robert Beeson, co-owner of New Wave Films, adds: “We’re immensely pleased to be co-operating with MUBI, which is such an innovative and exciting platform, and so being able to bring this amazing film to British and Irish audiences.”

For more information on MUBI, see our weekly guide to the site’s latest releases and what’s coming soon. 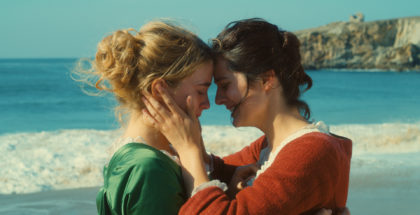