Lionsgate Live: Lionsgate streams 4 films for free on Saturday nights | Where to watch online in UK | How to stream legally | VODzilla.co

Lionsgate is streaming four films for free over the coming month to keep audiences entertained and support the NHS.

The distributor has been busy since the UK went into lockdown in response to the coronavirus pandemic, breaking the theatrical window to release Military Wives early on digital after its theatrical run was impacted by the outbreak. And, on 25th May, it will be released Snowpiercer on Blu-ray and DVD in the UK for the first time.

Now, it’s stepping things up a gear with Lionsgate Live, a free movie festival spanning four weeks. Already launched in the US last month, and screening such films as La La Land and John Wick, Lionsgate is looking to repeat that success for UK viewers, with four live-streams of films from its library. The movies will stream for free on the Lionsgate UK YouTube channel, and Lionsgate will be encouraging people to support the NHS Charities Together COVID-19 Urgent Appeal and The Film and TV Charity COVID-19 Emergency Response.

The fims will stream every Saturday at 6pm BST, starting 2nd May and running through to 23rd May. Here’s the line-up:

Eddie the Eagle – 9th May

The Hunger Games – 23rd May

With its political themes and stunning world-building, this thrilling young adult dystopian thriller is worth watching for more than just Jennifer Lawrence’s lead performance as Katniss Everdeen, a participant in a Battle Royale-like contest who becomes a resistance leader. 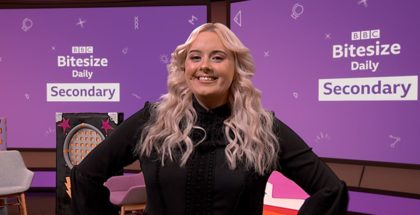