Kes Reimagined streams for free online | Where to watch online in UK | How to stream legally | When it is available on digital | VODzilla.co

Kes Reimagined is streaming for free online thanks to The Space.

A celebrated retelling of a modern classic, the production combines dance, music and puppetry to create a family-friendly alternative to War Horse. It brings to life the story of boy and bird that was told by Barry Hines’ novel A Kestrel for a Knave, then adapted into a film by Ken Loach.

Set in a Yorkshire mining community, the film takes audiences on a journey with Billy Casper and his family. The young working-class boy troubled at home and at school, finds solace when he finds and trains a kestrel. As the beloved, Kes swoops and spins in the expansive freedom of the Barnsley countryside, Billy’s self-confidence begins to soar and boy and bird become one.

The production initially premiered at Sheffield’s Crucible, choreographed by award-winning Jonathan Watkins, who also created George Orwell’s modern classic 1984 for Northern Balle. Performed to new score by Alex Baranowski, with puppetry design and direction by Rachael Canning, the stage show was filmed to coincide with the 50th-anniversary release of Loach’s film.

Produced by Martin Collins and directed by Emmy award winner, Ross MacGibbon, the film has screened at Leeds International Film Festival and aired at Showroom Cinema, Sheffield, Square Chapel Arts Centre, Halifax and Tyneside Cinema, as well as being broadcast on BBC Four in 2019. Now, it’s available online internationally for the first time, with The Space streaming the production for free on YouTube until 19th June 2020.

Trailer: Kipo and the Age of Wonderbeasts returns to Netflix this June 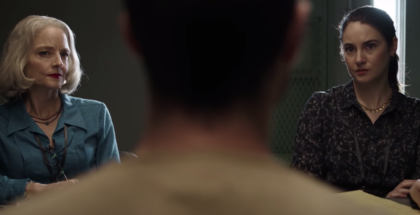