Michael Sheen to star in Old Vic's Faith Healer | Where to watch online in UK | How to stream legally | VODzilla.co

Michael Sheen is heading to the Old Vic this September to stream a new production of Faith Healer live online.

The Fantastic Francis Hardy (Michael Sheen) travels the most remote corners of Wales, Scotland and Ireland attempting to heal those who wish to be healed. His wife Grace (Indira Varma) and manager Teddy (David Threlfall) complete this nomadic triptych, each with their own telling of the loss, love and struggle of life on the road with a seemingly predestined Faith Healer.

Brian Friel’s haunting play is a kaleidoscopic, ever shifting exploration of the power of belief, as the contradicting recollections of these three characters seek to reconcile with the past.

It marks the third production in the Old Vic: In Camera initiative and will be streamed live via Zoom directly from the Old Vic stage with the empty auditorium as a backdrop.

It will run for five performances only at 7.30pm from Wednesday 16th to Saturday 19th September, with a matinee at 3pm on the Saturday.

Priority booking is open now and tickets go on general sale to the public at 12pm on Monday 7th September, with one ticket required per household and tickets available for up to 1,000 people to watch per night, replicating the capacity of the usual theatre audience. Prices range from the Old Vic’s usual £10 to £65 to allow for a range of contributions from viewers – although each “seat” will have the same view. 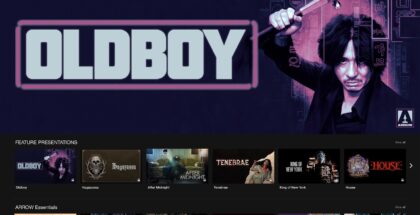