Netflix inks deal with Prince Harry and Meghan Markle | Where to watch online in UK | How to stream legally | When it is available on digital | VODzilla.co

Netflix has inked a new deal with Prince Harry and Meghan Markle.

The Duke and Duchess of Sussex, who moved to California earlier in the year, have previously announced plans to step back from their royal duties and become financially independent. Since their move to Los Angeles, they have reportedly pitched movies and TV shows around Hollywood, but have now found a home at Netflix.

The deal will see them make documentaries, scripted series, kids’ shows and feature films for the streamer, focused on issues that care about, such as those addressed by their nonprofit company, Archewell. Reportedly in the works are an animated show about inspirational women and a nature docuseries.

The deal echoes the one signed by Netflix with Barack and Michelle Obama, as both couples look to engage the wider public through modern media.

“Our lives, both independent of each other and as a couple, have allowed us to understand the power of the human spirit: of courage, resilience, and the need for connection,” Meghan and Harry said in a statement. “Through our work with diverse communities and their environments, to shining a light on people and causes around the world, our focus will be on creating content that informs but also gives hope.”

“As new parents, making inspirational family programming is also important to us, as is powerful storytelling through a truthful and relatable lens,” they added. “We are pleased to work with Ted and the team at Netflix whose unprecedented reach will help us share impactful content that unlocks action.”

“Harry and Meghan have inspired millions of people all around the world with their authenticity, optimism and leadership,” Netflix co-CEO and chief content officer Ted Sarandos commented. “We’re incredibly proud they have chosen Netflix as their creative home – and are excited about telling stories with them that can help build resilience and increase understanding for audiences everywhere.”

Neither of them are strangers to streaming, with Markle narrating Disney+ documentary Elephant and Harry working with the filmmakers behind Netflix’s documentary Rising Phoenix about the Paralympic Games. Indeed, you can see him in discussion via Zoom with Paralympians Bebe Vio (Italy), Jean-Baptiste Alaize (France), Matt Stutzman (USA), Ntando Mahlangu (South Africa) and Tatyana McFadden (USA) below: 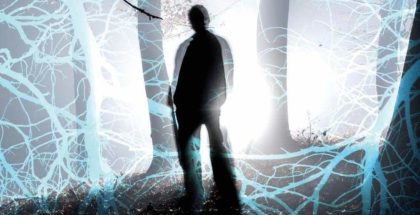