How to watch Keeping Up with the Kardashians online in the UK | Where to watch online in UK | How to stream legally | When it is available on digital | VODzilla.co

Keeping Up with the Kardashians is back on US TV screens this week, and for once, UK viewers aren’t having to wait to keep on keeping up with the ever-expanding family. That’s thanks to the launch of hayu in the UK in the last year, NBCUniversal’s streaming service dedicated entirely to reality TV.

The platform provides loads of shows the same day as the US and thousands of episodes of binge-worthy Box Sets from the start. That includes over 6,000 episodes of explosive reality TV, ranging from friendships breaking up and making up in The Real Housewives to surgical miracles on Botched, as Doctors Dubrow and Nassif fix plastic surgeries gone wrong. Out of the 200+ shows on hayu, though, the undoubted queens of the reality TV roost are the Kardashians, with Kim, Kourtney, Khloé, Kendall, Kylie and mum Kris returning once more to give us a slice of their live inside inherited Hollywood royalty.

Season 15 premieres on Monday 6th August in the US and is available on hayu in the UK on the same day, joining other weekly episodes from such shows as Very Cavallari Season 1 and The Real Housewives of Potomac Season 3.

How can you get hayu in the UK? You have a number of options, which vary depending on your chosen device or platform:

The original hayu app and service is available online at www.hayu.com and also on iOS Devices and Android Devices. It costs £4.99 a month to stream the full catalogue of reality TV box sets, with no contract and a 30-day free trial.

hayu is also available as one of the many bolt-on services on Amazon Channels. Available only to Amazon Prime Video users and Amazon Prime members, Amazon Channels lets you add standalone services and subscriptions to your Amazon account, with no contract or minimum term. While that means you need to be paying for an Amazon account already, hayu comes at a discounted rate of £3.99 a month, with a seven-day free trial. It can then be watched through your Amazon Prime Video app.

As of this month, hayu’s reality TV library has launched on NOW too. Sky’s subscription-free platform has a range of Passes available, from an Entertainment Membership (£7.99 a month) to a NOW Cinema Membership (£9.99 a month). A hayu Pass is packaged separately at £3.99 per month, with no contract, and is then available through the NOW app. Unlike Amazon, you don’t need to be subscriped to anything else to get a hayu Pass, and a 7-day free trial is available for new customers. (Hayu Pass auto-renews at £3.99 a month until 1st September 2020, £4.99 thereafter unless cancelled.)

MUBI to premiere The Happiest Day in the Life of Olli Maki at London Film Festiv... September 7, 2016 | James R 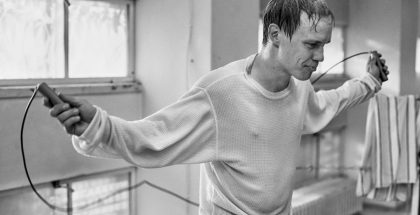