First look: Keeping Faith returns for Season 3 this March | Where to watch online in UK | How to stream legally | When it is available on digital | VODzilla.co

Eve Myles will return to our screens one more time as Faith Howells in the third and final season of Keeping Faith.

The legal drama first arrived on our screens back in 2018, becoming a sleeper hit on BBC iPlayer. The eight-part first season told the story of a lawyer, wife and mother as she fought to find the truth behind the sudden disappearance of her husband. It was jointly-commissioned with S4C and originally broadcast in Welsh as Un Bore Mercher. Recorded in English as well, the show was then broadcast on BBC Wales, before streaming on BBC iPlayer and later graduating to BBC One.

Faith Howells returned in 2019 with a new mystery that saw her take on the case of Madlen Vaughan (Aimee-Ffion Edwards), a local farmer accused of murdering her husband in cold blood.

Now, she will return one more time as Faith attempts to navigate the fallout of her marriage break-up, while taking on an emotionally wrenching legal medical case involving a gravely ill little boy. Bradley Freegard will also appear as Evan Howells and Mark Lewis Jones as Steve Baldini. They are joined by Celia Imrie (Victoria Wood: As Seen On TV, Dinnerladies, Best Exotic Marigold Hotel), Matthew Aubrey (Made in Dagenham, The Gospel Of Us), Dame Sian Phillips and Shaun Fletcher.

Directed by Pip Broughton and Judith Dine, written by Matthew Hall and Broughton, and produced by Broughton and Llyr Morus, the series aired on S4C Welsh in November last year.

Season 3 will premiere on BBC One on Saturday 27th March at 9pm.

Keeping Faith returns for Season 2 this summer – and sooner than you were expecting.

Eve Myles returns as Faith Howells, the much-loved lawyer, wife and mother whose life was turned upside down by the unexplained disappearance of her husband, Evan (Bradley Freegard).

Now, 18 months later, Faith is drawn into a new mystery as she takes on the case of Madlen Vaughan (Aimee-Ffion Edwards), a local farmer accused of murdering her husband in cold blood. The murder trial, plus her conflicted emotions towards former criminal Steve Baldini (Mark Lewis Jones) push her to breaking point. She puts her children, her business and her life on the line to search for the truth and finally emerges scarred yet stronger.

Again the themes are family, love, loyalty and trust, set against the West Wales coastline that provides both beauty and darkness – all the trademarks of the first season that broke BBC iPlayer records.

The whole second season will once again be released all-at-once as a box set when its first episode premieres on BBC One. Now, we know that is, and it’s not far away: Keeping Faith Season 2 premieres at 9pm on 23rd July. Can’t wait until then? You can see the whole thing in Welsh, as Un Bore Mercher has been released on BBC iPlayer following its broadcast on BBC Wales. Read on below for the trailer.

Eve Myles and her yellow jacket are coming back to our screens this year, and we’ve got our first look at both in the new teaser trailer for Keeping Faith Season 2.

We don’t get much else, apart from some mood-setting police tape and a glimpse of the rolling Welsh countryside, but it’s enough to remind us just how iconic that coat become, as Keeping Faith went on to become one of the year’s big sleeper hits.

The eight-part first season, which starred Eve Myles (Broadchurch/Victoria), tells the story of lawyer, wife and mother Faith (Myles), as she fights to find the truth behind the sudden disappearance of her husband. It was jointly-commissioned with S4C and originally broadcast in Welsh as Un Bore Mercher. Recorded in English as well, the show was then broadcast on BBC Wales, but never made it to the UK on BBC One, instead being released on BBC iPlayer. That didn’t stop viewers from discovering the hidden gem, though, with this magazine and other publications highlighting the show as one not to miss.

The series went on to become a record-breaker on BBC iPlayer, with 3.9 million requests for its first episode alone. Now, the BBC has confirmed that Season 2 is coming this year, after production began last year. It will pick up events as Eve attempts to pick up the pieces of her life and marriage.

Watch this space for more on a release date once confirmed. Until then, here’s the video:

Killing Eve will officially return for a second season, following the huge success of the Eve Myles drama.

Directed by Pip Broughton and written by Matthew Hall, the series tells the story of lawyer, wife and mother Faith Howells (Myles), as she fights to find the truth behind the sudden disappearance of her husband.

The first season was broadcast in Welsh as Un Bore Mercher, then in English in Wales on BBC One Wales. Keeping Faith received outstanding ratings and the series went on to break BBC iPlayer records. This summer, the series was shown on network television across the UK – the first time a BBC Wales/S4C joint TV drama production has gone out on BBC One.

Now, a second season is on the way, rejoining Faith as she attempts to pick up the pieces of her life and marriage.

Myles says: “I’m thrilled that this brilliantly written drama found such a place in the audience’s heart and I’m so excited to be back in the beautiful west Wales landscape working with a terrifically creative and talented team – it’s a joy.”

Nick Andrews, BBC Wales’ Head of Commissioning, adds: “And breathe … Keeping Faith 2 is in production. What happens next to Faith is anyone’s guess but what’s beyond doubt is Eve Myles’ ability to captivate the nation for a second time. We’re enjoying an incredible era for Welsh dramas at the moment and this is set to continue. It’s a superb example of what’s possible when broadcasters such as BBC Wales and S4C work together on projects of scale and ambition. Now where’s my yellow coat!”

Originally developed by S4C, the series was produced by Vox Pictures in association with APC/Nevision and with support from Welsh Business Finance.

S4C’s Director of Content Amanda Rees, comments: “Following the outstanding success of the first series we are delighted that our Un Bore Mercher fans will have a chance to dust off their yellow macs and enjoy a must-watch second series when it airs, first on S4C and then on BBC next year. This exceptional, most talked about drama demonstrates that great things can happen when broadcasters join forces and is testament to the outstanding acting and producing talents that Wales has to offer.”

Why Hannibal should be your next box set

First look: Mare of Easttown to air on Sky Atlantic this April 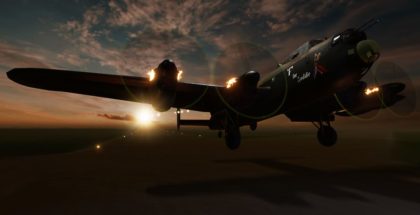