Kathryn Bigelow to direct Aurora for Netflix | Where to watch online in UK | How to stream legally | When it is available on digital | VODzilla.co

Kathryn Bigelow is heading to Netflix to direct an adaptation of David Koepp’s novel Aurora.

The book, which will be published this June by HarperCollins, follows characters who are coping with the collapse of the social order, set against a catastrophic worldwide power crisis.

When a solar storm hits the Earth, the lights go out across the planet. But this time the blackout won’t be over soon – it could last for years. Aubrey and her stepson now face the biggest challenge of their lives: a society without rules. Soon they hear rumours of riots, the struggle for food becomes real, and even within their small communities, the rule of law is collapsing. Aubrey’s estranged brother, Thom, a self-made billionaire who abandoned her years ago, retreats to a gilded desert bunker where he can ride out the crisis in perfect luxury. But the complicated history between the siblings is far from over, and what feels like the end of the world is just the beginning of a personal reckoning long overdue.

Koepp, who has written (or co-written) scripts for everything from Jurassic Park and Panic Room to Mission: Impossible and Indiana Jones and the Kingdom of the Crystal Skull. He most recently wrote the thriller Kimi, directed by Stephen Soderbergh and starring Zoë Kravitz. In 2019, he made his novel debut with the sci-fi thriller Cold Storage. Aurora, his second novel, will be adapted for the screen by Koepp himself.

At the helm will be Academy Award winner Bigelow (The Hurt Locker, Zero Dark Thirty, Detroit). She will also produce the project, alongside Greg Shapiro, Gavin Polone and Koepp. Bigelow was previously set to helm Netflix thriller Triple Frontier, but ended up exec-producing instead, with JC Chandor directing. 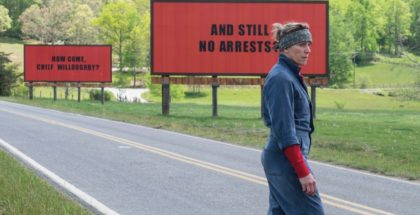