Sarah Solemani and Steve Coogan bring Chivalry to Channel 4 | VODzilla.co | Where to watch online in UK

Channel 4 has commissioned Chivalry, a timely comedy from Sarah Solemani (Him and Her, Barry) and Steve Coogan (Alan Partridge, Philomena). The six-part series tackles the complex state of contemporary sexual politics, while asking if romance can survive in the post #MeToo era.

An unlikely couple are put together by a cynical studio exec to salvage a failing movie. Bobby (played by Sarah Solemani), is a woke writer/director and mother of one, with a precarious relationship and a dodgy visa. She has industry heat after her successful, low-budget indie debut and is promised studio funding for her feminist Biblical biopic if she can rescue this sexually controversial thriller first.
Cameron (Steve Coogan), is a successful film producer and ‘ladies man’, who has just been dumped by yet another twenty-something girlfriend (via WhatsApp). He knows he must detoxify his sexist movie or face ruin, and thus, an unlikely partnership is forged.

As Bobby and Cameron work through their gender tensions, a creeping attraction and the nagging feeling that they are just pawns in the studio’s agenda for a Saudi buyout, reshooting a toxic sex scene becomes the tip of the iceberg. In the words of Channel 4, “how fluid are our politics and how political are our fluids”?

Solemani says: “Chivalry was born through a series of fiery debates with my comedy hero and renowned feminist, Steve Coogan. I am thrilled to be working with him, Christine Langan and Channel 4 commissioner, Caroline Hollick, on bringing this timely story to the screen.”

Coogan adds: “I am delighted to be working with the very funny, clever Sarah Solemani in the landscape of what in less enlightened times was called ‘the battle of the sexes’. Chivalry is more of a painfully honest, funny fencing match. We will attack, riposte, lunge, parry and counter-parry and perhaps, when the bout is over, take off our masks revealing our true selves.”

Caroline Hollick, Channel 4 Head of Drama, comments: “I’m so pleased to be able to bring the combined creative brilliance of Sarah Solemani and Steve Coogan to Channel 4.  In this era of #MeToo and complex gender politics, Chivalry feels the perfect way to explore this pertinent issue with a sense of fun, a razor-sharp wit and with romance at its heart.“

Netflix renews You for Season 3 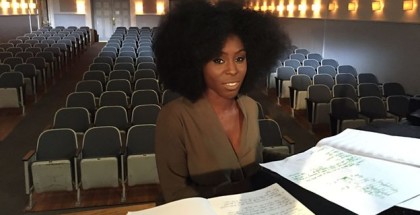