Chris Hemsworth leads star cast in Netflix's Spiderhead | Where to watch online in UK | How to stream legally | When it is available on digital | VODzilla.co

The film first come to light back in 2019, when Joseph Kosinski signed on to direct the streaming giant’s sci-fi adaptation.

Based on a George Saunders short story, Escape from Spiderhead, the film is set in a dystopian pharmacological environment where scientists are manipulating the emotions and desires of human subjects. When one volunteer, a convict, is tested to generate love, he begins questioning the reality of his feelings.

Written by Deadpool duo Rhett Reese and Paul Wernick, who also penned 6 Underground for Netflix, the film was an immediate attention-grabber. Now, it’s grabbed the attention of some A-list stars, with Chris Hemsworth signing on to star.

Hemsworth, of course, is no stranger to Netflix, having starred in Extraction, which is currently the streamer’s most watched film ever. He will be joined by Whiplash star Miles Teller, soon to be seen in Top Gun: Maverick, and Jurnee Smollett, who not only starred in Birds of Prey earlier this year but is also currently delivering a star-making turn in HBO’s Lovecraft Country.

Joseph Kosinski has been signed by Netflix to direct Spiderhead, the streaming giant’s latest original film.

Kosinski, who debuted with TRON: Legacy back in 2010, before helming sci-fi flick Oblivion, has since directed biographical firefighting drama Only the Brave and the new Top Gun blockbuster. Now, he’s been recruited by Netflix to helm an adaptation of a George Saunders short story, Escape from Spiderhead.

Published in 2010 in the New Yorker, the short story is a dystopian tale of a pharmacological environment where scientists are manipulating the emotions and desires of human subjects. When one volunteer, a convict, is tested to generate love, he begins questioning the reality of his feelings.

The story has been adapted for the screen by Zombieland Deadpool duo Rhett Reese and Paul Wernick. They are no strangers to Netflix, having penned 6 Underground, an action film starring Ryan Reynolds, for the streamer.

Jeremy Steckler will produce for Condé Nast Entertainment, alongside Eric Newman for Screen Arcade. Newman, who is the showrunner of Narcos, has a first-look deal with Netflix, along with his producing partner Bryan Unkeless. Spiderhead follows PWR, another project under their first-look agreement that stars Jamie Foxx and Joseph Gordon levitt, and fantasy cop thriller Bright, which will soon spawn a sequel. 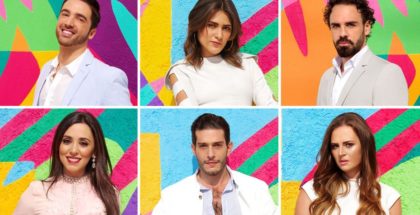 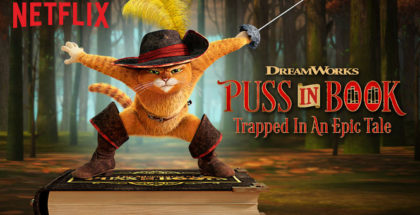