Jeremy Clarkson's final Top Gear episodes take pole position on iPlayer | Where to watch online in UK | How to stream legally | When it is available on digital | VODzilla.co

Jeremy Clarkson’s final episodes of Top Gear that made it to air raced into pole position on BBC iPlayer last month.

The broadcaster shelved Clarkson’s last episodes following the scandal that led to his contract not being renewed, but audience demand for the ones that were available remained strong, racing ahead of the pack to receive 3.6 million views between them – far ahead of the first episode of BBC One’s new flagship Sunday night drama, Poldark.

There were a total of 255 million requests to BBC iPlayer in March 2015, with a weekly average of 57m requests. Weekly requests peaked in the first week of the month, driven by Top Gear and the battle round episode of The Voice. The Beeb experienced “measurement issues”, though, which means that the actual volume of Top Gear downloads and streams could be much higher. Indeed, around 6m requests are thought to be missing from TV platform records in March, which could help to explain an 11 million drop in the number of requests from tablet devices: according to the incomplete data, this is the first time since June 2014 that computers have been more popular among users than tablets to view BBC programmes online.

Comic Relief 2015 also proved popular among iPlayer users, with viewers picking out the fourth episode of the Comic Relief Bake Off in particular as something to catch up on. A standalone clip of a Little Britain sketch – in which Lou (David Walliams) met Stephen Hawking – also earned 500k requests.

Other new dramas Ordinary Lies and Banished were also in the top 10 most popular programmes by episode, with just over 800k views for each of their first episodes.

The appeal of online sports is also evident, with 812k viewers tuning in to stream Manchester United v Arsenal live in the FA Cup.

Extant Season 2 to premiere in UK on Amazon in July 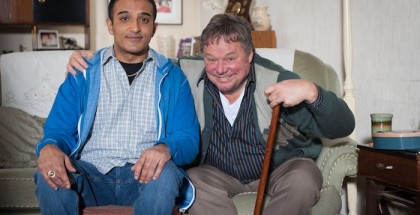