Football documentary This Is Not a Ball lands on Netflix on 13th June | Where to watch online in UK | How to stream legally | VODzilla.co

Football documentary This Is Not a Ball will land on Netflix UK on Friday 13th June, just in time for the start of the World Cup.

Produced by Videocine, an affiliate of Grupo Televisa and directed by Academy nominee Vik Muniz and Juan Rendon, the 90-minute movie follows Brazilian photographer Muniz as he explores the world’s passion for football and creates a major work of art made of 20,000 footballs.

During his travel, Muniz interviewed people ranging from children in the slums of Rio to astrophysicist Neil De Grasse Tyson to explore what football means around the world.

“My work is already on exhibit in Vidigal in Rio de Janeiro and at the Azteca Stadium in Mexico. The photographs will be auctioned to benefit social causes during the World Cup in Brazil, and the amount collected will be donated to foundations in different cities,” says Vik Muniz.

“On behalf of the production team, we are very honored that our work will be available to millions of people around the world through Netflix and other networks.”

“This is a groundbreaking story about the universal value of football and the true meaning of ‘the ball’ through the lens of a very talented production team and amazing partners such as Televisa,” comments Netflix Chief Content Officer Ted Sarandos. “As we continue to deliver a wide range of content on Netflix for everyone in the household, we believe that this documentary will be highly viewed and valued by our members.”

Here’s the poster for the film: 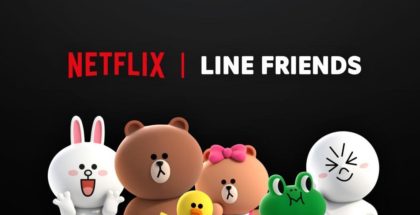