FindanyFilm.com relaunches to include TV | Where to watch online in UK | How to stream legally | When it is available on digital | VODzilla.co

FindanyFilm.com relaunches to include TV

The Industry Trust for IP Awareness has relaunched FindanyFilm.com.

The site, which is designed to showcase content to consumers and encourage its legal consumption, highlights the availability of titles from comprehensive cinema listings to discs and digital platforms. Now, the site has undergone its most substantial overhaul since it launched six years ago.

Improvements include a streamlined interface with simple navigation for purchase points across the content life cycle, as well the inclusion of “premium TV titles”. It has also undergone a redesign to make it compatible with mobile devices, as consumers increasing look to stream things on the go.

Liz Bales, CEO, The Industry Trust, comments: “FindanyFilm.com users are well known to be film and TV aficionados; they spend 50 per cent more time watching filmed content than average consumers and are more likely to be early adopters of new technology, which is why upgrading FindanyFilm.com and constantly adding new supplier feeds is vital to accelerating the growth of the site and delivering a user experience that exceeds expectations, ensuring that existing users return, and providing an attractive and intuitive platform to new users.”

The site is a key part of the Trust’s battle against piracy in the UK. So far this year, over 1.7 million entertainment fans have used FindanyFilm.com to book, buy or watch filmed content.

The relaunch follows research that shows legal streaming is on the up. The number of UK consumers accessing content through legal services rose 10 per cent last year. thanks to improved accessibility and consumer awareness. 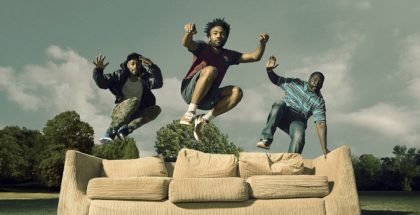