Trailer: Community Season 6 to air in UK on Sony TV | VODzilla.co | Where to watch online in UK

Trailer: Community Season 6 to air in UK on Sony TV

Community Season 6 will air in the UK on Sony TV.

Update: The trailer for Community Season 6 has been released – we’ve added it below.

The show, which was resurrected by Yahoo last year after its cancellation, will premiere exclusively on Yahoo Screen in the US. While Sony is following the VOD route in America, though, it is opting for a more traditional release in the UK: through its own channel, Sony Entertainment Television.

(It is ironic, perhaps, that Sony Entertainment TV actually first launched as a VOD service on UK soil, included on BT Vision’s on-demand service in 2010, before finally arriving in a more traditional form on Sky in 2011, followed by other TV providers.)

Season 6 will premiere on Wednesday 18th March at 10.05pm in the UK, within 24 hours of its premiere in the USA. The season will run for 13 episodes, with new episodes arriving each Wednesday.

Several new cast members will not return for the show’s new run, including Donald Glover, Chevy Chase and Yvette Nicole Brown. John Oliver and Breaking Bad’s Jonathan Banks will also not return, presumably because of their other work commitments. Two new regulars, though, will join the existing ensemble: Paget Brewster and Keith David.

What does all this mean for viewers? Here’s a quick rundown of what we know.

How will the Community Season 6 UK broadcast differ to the US?

The show will premiere in the UK every week 24 hours after the US release.

While it is not confirmed whether adverts will be displayed in the traditional broadcast slots on Yahoo, adverts can be expected in the UK.

Dan Harmon told AdWeek that he is writing “as if there will [be ads] because as a writer, three-act stories are what work for me”.

Episodes will also be shorter for broadcast, he added.

“The things that go on Yahoo, maybe they can be a little chubby, like me,” he joked, saying that there are 26-minute rough cuts of each episode. For international release, these will be trimmed to 22 minutes.

The difference is similar to the approach used by Amazon for its original detective series Bosch, which keeps its episode to a broadcast-friendly length so that it can sell the programme overseas to countries where Amazon’s streaming service is not available.

Where can I watch Community Season 6 in the UK?

Can I stream Community Season 6 online in the UK?

In short, no. Community is not included in Sky’s catch up VOD selection for its customers and is also not included on Sky On Demand. While Game of Thrones and other programmes that broadcast on Sky’s own channels, such as True Detective, are available to non-customers through contract-free VOD service NOW TV, Sony Entertainment TV is not included in that line-up either.

Existing Sky, Virgin, BT and TalKTalk customers can record the programme to watch at a later date, but viewers will have to join one of the above services to watch the new season.

Seasons 1 to 5 of Community are currently available on both Netflix UK and Amazon Prime Instant Video. Season 6 is expected to arrive on the SVOD services at a later date. 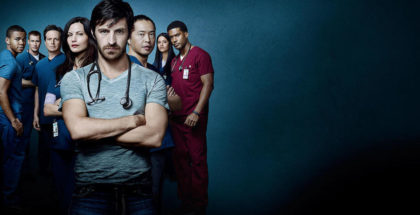