Netflix inks first-look deal with Sony for direct-to-streaming films | VODzilla.co | Where to watch online in UK | How to stream

Netflix has inked a first-look deal with Sony for the studio’s original direct-to-streaming films.

The worldwide deal builds on the partnership that has existed between the two entertainment giants for some time, largely centred around Sony’s animated titles. In the past year, with cinemas closed due to the coronavirus pandemic, Sony has sold several titles to Netflix, most notably Kevin Hart’s Fatherhood and the animated film The Mitchells vs the Machines (pictured).

The first-look agreement will require Netflix to commit to a certain number of titles from Sony, although Sony can also sell original movies produced for the direct-to-streaming market to other streamers if Netflix passes on them.

The deal comes as theatrical windows are being significantly shaken up following the past 12 months, with Universal negotiating a premium VOD window for its titles with AMC and Cinemark cinemas and Warner Brothers negotiating a similar arrangement with Cineworld. Sony, however, has made a point that its direct-to-streaming projects would be in addition to its full theatrical slate, which will “continue at its current volume”, notes Variety.

Netflix has also inked a deal for the first pay-TV rights in the USA to Sony’s theatrical releases. That agreement, which takes effect from its 2022 slate, will run for several years and will Netflix replace Starz as the first exclusive US streaming home for Sony titles, with them arriving on Netflix’s US service about 9 months after their theatrical debut and also after their home entertainment releases. That includes future instalments of Spider-Man, Jumanji and other franchises.

In the UK and Ireland, Sony inked a similar deal with Sky last year, with Sky Cinema holding the rights to Sony’s films after their theatrical and home entertainment releases.

While this new announcement, then, only affects US subscribers, it does clarify Sony’s position in the ever-shifting marketplace. While Warner and Disney are now taking their films exclusively to their own streaming services (HBO Max, in the US, and Disney+), Sony is staying focused on supplying titles to others.

“Sony Pictures is a great partner and we are thrilled to expand our relationship through this forward-thinking agreement,” said Netflix global film head Scott Stuber. “This not only allows us to bring their impressive slate of beloved film franchises and new IP to Netflix in the US, but it also establishes a new source of first run films for Netflix movie lovers worldwide.”

“Netflix has been a terrific partner as we continue to expand our relationship,” aed Keith Le Goy, SPE’s president of worldwide distribution and networks. “At Sony Pictures, we produce some of the biggest blockbusters and the most creative, original films in the industry. This exciting agreement further demonstrates the importance of that content to our distribution partners as they grow their audiences and deliver the very best in entertainment.” 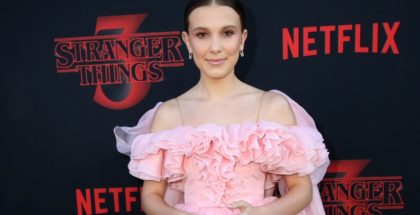 Inside: Bo Burnham returns to stand-up with Netflix special... May 26, 2021 | Staff Reporter