Coming soon to Netflix UK: 5 new releases for February / March 2014 | Where to watch online in UK | How to stream legally | When it is available on digital | VODzilla.co

Toy Story 3 will be released on Netflix UK on Friday 7th March, VODzilla.co can exclusively reveal.

It’s not often that what’s coming soon to Netflix UK is announced to the viewing public. House of Cards’ second date on Valentine’s Day and Orange Is the New Black’s return in June are common knowledge, but what about the titles that are arriving next week? Or next month? What about this weekend?

VODzilla.co can reveal five new releases on Netflix UK in February and March 2014, all of which have been officially confirmed.

From barristers to The Brothers Grimm, this is a taste of the diverse mix being added to the UK catalogue in the next 30 days.

How do you top Escape to Witch Mountain? For Disney, the answer was simple: hire Bette Davis and Christopher Lee. The screen legends play the bad guys in this supernatural sequel, which sees brother Tony kidnapped by Lee’s evil scientist, only for sister Tia to rescue him. Whether the answer worked for audiences, though, was another matter.

Fox’s remake of the Australian series about a defence lawyer has been bought by the Universal Channel in the UK, but Netflix has snapped up the rights to the Oz original. The show’s self-destructive star, Cleaver Greene, is played by Richard Roxburgh – none other than Moulin Rouge’s Duke of Monroth. The show debuts on 1st March, according to reports, although Netflix UK have not officially confirmed a start date.

It took Pixar four years to come up with a flawless sequel to an instant classic. Was 11 years enough time to give Woody and Buzz a proper final outing? You bet it was. This nostalgic whiff of playtimes past and an optimistic look to the future will reduce even the most hardened Sid to big floppy wet tears.

“I don’t want to be living a life where I’m not choosing . . . stuff.” That’s Felicity Jones as Sophie, a piano-plinking Brit staying with Guy Pearce’s music teacher. He plays the cello. Reuniting with his star after Like Crazy, director Drake Doremus’ low-key romance sees Jones at her captivating best. If their last outing was First World Problems: The Movie, this is its sequel 2 White 2 Privileged, but Breathe In boasts a freewheeling intimacy that’s hard to resist.

While ABC have been updating fairytales for the modern age with Once Upon a Time, NBC have been ploughing their own furrow with Grimm, a procedural drama that lives up to the fantasy and darkness of its title. Again, Netflix UK have not officially confirmed a start date, although they described both this and Rake as being released at the “start of March”, so we’re betting the first week of next month, if not Saturday 1st.

Want to stay up to date with what’s new to stream?

UK TV review: A look back at Heroes 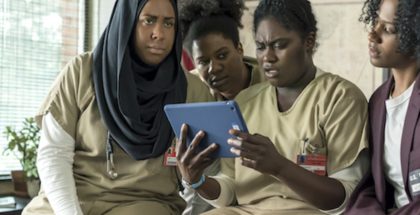 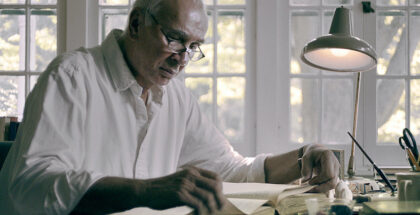