Trailer: Netflix's Next Gen arrives this September | VODzilla.co | Where to watch online in UK

Netflix’s latest original animation, Next Gen, will arrive this September, and a new trailer gives us a first look at the film.

The action-adventure, which Netflix snapped up at Cannes this year, explores the bittersweet power of memories. It tells the story of an unlikely friendship between a rebellious girl and a runaway combat robot, as they unite to stop a madman’s plan for technological world domination.

Directed by first-timers Kevin Adams and Joe Ksander, it boasts a diverse voice cast that includes Jason Sudeiki, David Cross, Constance Wu, Charlyne Yi and Michael Pena. The film will premiere on Netflix on Friday 7th September. Here’s the trailer – or read on below for the cute poster. 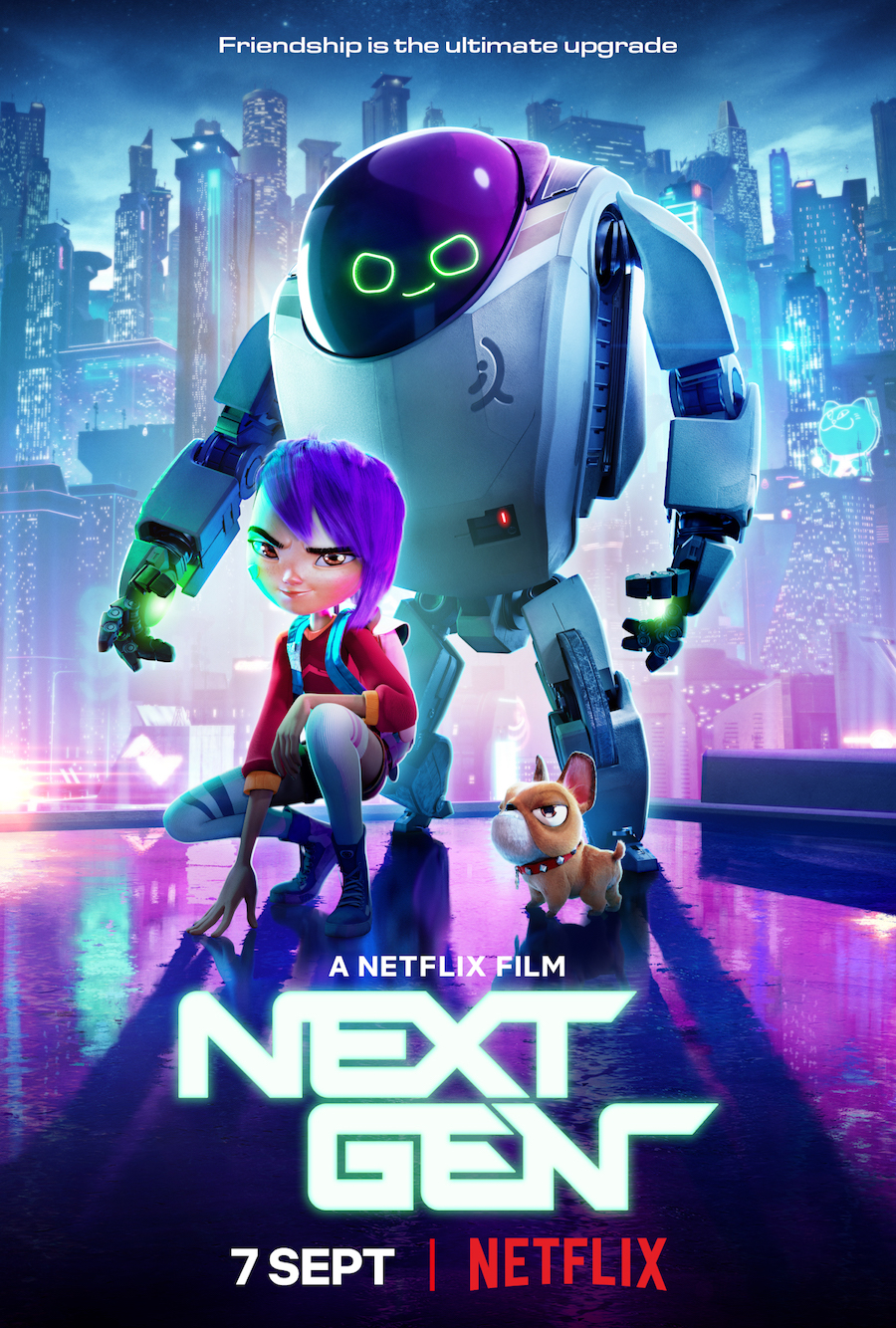 Next Gen is available on Netflix UK, as part of an £8.99 monthly subscription.

Netflix may not be at Cannes this year to premiere any films, but the streaming giant is wasting no time in making its presence known in the festival’s competitive marketplace.

Earlier this week, Netflix tried to snap up the festival’s opening film, Asghar Farhadi’s Everybody Knows, but Focus Features ultimately emerged with the rights. Now, within a couple of days, it’s already signed its first deal for animated film Next Gen.

The movie, which is directed by first-timers Kevin Adams and Joe Ksander, follows two friends in a world populated by robots. It boasts a diverse voice cast that includes Jason Sudeiki, David Cross, Constance Wu, Charlyne Yi and Michael Pena.

The deal, which was negotiated by CAA, is pegged at around $30 million for the worldwide rights to the movie – with the exception of China, where Netflix does not currently operate.