BBC iPlayer launches dedicated portal for Irish language and Ulster-Scots programmes | Where to watch online in UK | How to stream legally | When it is available on digital | VODzilla.co

BBC Northern Ireland’s Ulster-Scots and Irish Language television programmes are now being made more widely available to audiences around the UK on BBC iPlayer.

As of this week, a wide collection of programmes, all of which have been supported by Northern Ireland Screen’s Irish Language and Ulster-Scots Broadcast Funds, have a dedicated portal on BBC iPlayer where audiences will be able to access them beyond the standard 30-day period.

This initiative fulfils a commitment made by the BBC as part of its partnership Agreement with Northern Ireland Screen and will give significantly enhanced access to a range of Irish language and Ulster-Scots content.

Ulster-Scots programming available from the start includes three series of Brave New World, in which William Crawley explored Ulster-Scots links with Canada, the USA and New Zealand, four Groundbreakers documentaries, telling the stories of seminal Ulster-Scots figures, including Nesca Robb, Mary Ann McCracken and William Tennent, and A Special Relationship, which looked at the enduring links between Ulster and Scotland. Several music-based programmes also include Music Night At Brownlow and The Call Of The Pipes.

Irish Language programmes featured on the portal include Ar Bhealach na Gaeltachta, in which presenter Conall Ó Máirtín visits the islands and coastal Gaeltacht regions around Donegal meeting those who live and work there, The Beart Is Briathar series, in which Eamonn Mallie interviews four high-profile Irish-speaking personalities, the music series Trad Ar Fad! hosted by John Toal and Pauline Scanlon, Cumhacht An Cheoil, which sees Irish musician Neil Martin explores the powerful effect that music has on people’s lives as he composes, and Daniel O’Donnell music series Opry an Iúir. Children’s series Cosmic Quantum Ray is also available.

Peter Johnston, Director, BBC NI, says: “We have commissioned a diverse and ambitious mix of programmes with support from Northern Ireland Screen’s Broadcast Funds. These reflect and celebrate our linguistic and cultural diversity. Making them available on BBC iPlayer will allow audiences to enjoy them again and make them much more accessible than ever before. It’s a tremendous development and a further enhancement of local content and presence on BBC iPlayer.”

Richard Williams, CEO, Northern Ireland Screen, adds: “These important broadcast funds ensure that the heritage, culture and language of both Irish and Ulster-Scots are expressed through moving image. We are delighted that the wealth of content funded by both is now being made available on the BBC iPlayer. Audiences are in for a real treat and there is sure to be something on there for everyone, with such a vast amount of programming on offer covering documentary, music, drama, children’s, animation, lifestyle and factual.” 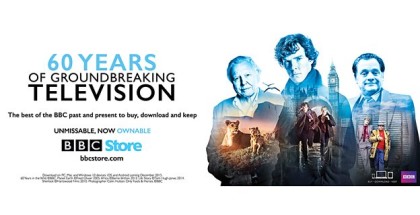