Dave supersizes Unspun with Matt Forde for Season 4 | Where to watch online in UK | How to stream legally | When it is available on digital | VODzilla.co 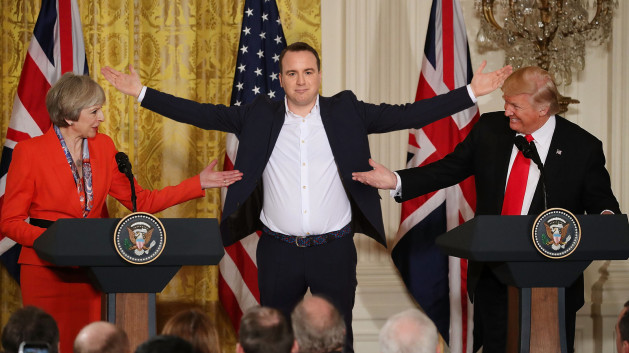 Unspun with Matt Forde returns this month for Season 4, and Dave is supersizing its satirical comedy with a bumper order of eight episodes.

Following a Best Entertainment Programme nomination from the Broadcast Digital Awards, the topical chat show recorded on the same evening of transmission will for the first time have an extended in-depth version, Unspun XL, put out on the channel later that week, taking the run to 8×30′ and 8×60′.

The former Labour Advisor turned stand-up comedian will once again offer his take on breaking news and current affairs alongside delving in to the more human side of Britain’s leading political figures through in-studio interviews. Over the last three seasons, Matt has enjoyed guests including Tony Blair impersonating an Italian Prime Minister’s reaction to a fatal lase of diplomacy involving a pizza tie, Harriet Harman pinpointing previous shadow health minister Robin Cook totally misconstruing a trip to the cinema with her children for a jaunt at the other end of the spectrum and Anne Widdicombe opening up about joining an altogether different pantomime featuring Basil Brush after leaving Parliament. In addition to Matt tackling some of the biggest stories in politics including EU divorce bills, Westminster hatches and dispatches and the impending impeachment of Donald Trump (the last one might be wishful thinking), he’ll also be joined by special guest comedians to unpick the week’s events and no episode would be complete without the backing of the country’s only rock band made up of current and former politicians, MP4.

“One of the great benefits of the impending global recession, rising sea levels and a nuclear war is that I get to sit behind a desk and make snarky comments about it all and I think we’d all agree that’s a price worth paying,” says Forde.

Richard Watsham, UKTV Director of Commissioning, adds: “I’m pleased to be supersizing Unspun with two TXs a week so that the show’s loyal and growing fan base can get even more brilliant satire from the talented Matt Forde. We’re proud to be making something funny and intelligent that is unlike anything else on British TV.”

Season 4 returns to Dave on Sunday 28th January at 10pm. Unspun XL with Matt Forde starts Wednesday 31st January at 11pm. Season 1 to 3 are available to catch up with on UKTV Play. 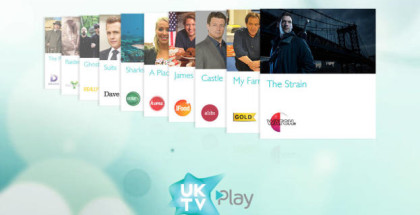