Rachel Parris to host Dave's Late Night Mash | Where to watch online in UK | How to stream legally | When it is available on digital | VODzilla.co

The show, a spin-off from BBC Two’s The Mash Report, continued the original’s blend of up-to-the-minute topical insights and fake news reports, with host Nish Kumar joined by veterans of the show Ellie Taylor, Geoff Norcott and Steve N Allen, as well as Parris.

Now, with Nish announcing recently that he was leaving the show, Parris will step into the hosting shoes for an eight-episode second season, plus a ninth compiling season highlights. Parris will be joined each week by a special guest and the Late Night Mash team to react to the week’s events, with each episode recorded the day before transmission to be as up-to-date as possible.

Parris said: “I’m very excited and honoured to be taking the helm of Late Night Mash, a show I would honestly describe as ‘funny’. I’m excited partly because of the significance of being a female host on a satirical show on British TV, and partly because after five years, it’ll be nice to have a sit down. I’ll really miss working with my good friend Nish and giving him words of encouragement. I think he did really well and it will stand him in good stead to start his comedy career. Mash, like a proverbial rash, keeps coming back just when you think we’re gone, and I’m proud to represent that irritation. Mash forever!”

Mark Iddon said: “We’re really excited to be bringing Late Night Mash back again to Dave, and who better to captain the ship than the force of nature that is Rachel Parris. We know she will make the show her own alongside the rest of the ever-brilliant Mash ensemble. With each episode recorded so close to transmission and reacting to events as they occur, the addition of a special guest each week will make this new series even more unpredictable.”

Cherie Cunningham said: “The first series of Late Night Mash was our second biggest launch of 2021, so we know Dave viewers love the combination of topicality and irreverent humour that it provides. We’re absolutely thrilled that Rachel Parris will be stepping behind the host’s desk to bring more Mash to our screens.”

Late Night Mash will air on Dave in the Autumn.

Dave brings back The Mash Report for new series

Dave is bringing back The Mash Report for a new series that will once again reunite Nish Kumar, Rachel Parris and the team.

Called Late Night Mash, the series will be hosted by Kumar and tap into the latest that the zeitgeist has to offer, with up-to-the-minute topical insights and fake news reports. A continuation of The Mash Report, which aired on BBC Two for four seasons before being cancelled, it will see Kumar and Parris joined by Ellie Taylor, Geoff Norcott__ and Steve N. Allen.

Late Night Mash is produced by Zeppotron and made with The Daily Mash. It was commissioned for UKTV by Mark Iddon, commissioning editor, and Iain Coyle, head of comedy entertainment, and ordered by Cherie Cunningham, Dave channel director. Richard Watsham is director of commissioning for UKTV and Steve North is genre general manager, comedy and entertainment. Executive producers for Zeppotron are Chris Stott, the creator and showrunner of Late Night Mash and The Mash Report, Ruth Phillips and Peter Holmes.

The series is a smart move for Dave, after Channel 4 bought out its flagship comedy show Taskmaster, and joins a number of new comedy commissions, including David Mitchell-hosted Outsiders, Richard Ayoade’s Question Time, where the guests invent the rounds and create the questions, dream desert island series On The Island, fronted by Tom Allen, Kemah Bob and Jason Forbes, plus Fern Brady, Darren Harriott and Ivo Graham’s British as Folk. Comedians Giving Lectures, Mel Giedroyc: Unforgivable and Meet The Richardsons will all return for new seasons, along with the recently returned Alan Davies: As Yet Untitled.

Nish Kumar said: “Mash is rising from the dead. I’m not saying I’m Jesus, I just look more like him than most images would have you believe.”

Chris Stott added: “The last eighteen months has been a worrying and stressful time for millions of Britons, mainly because they were unsure if Mash would ever return to our screens. But it has, so everything’s fine again.”

Late Night Mash will comprise eight brand new episodes and a ninth episode compiling the best moments from the series. It will air on Dave this autumn. 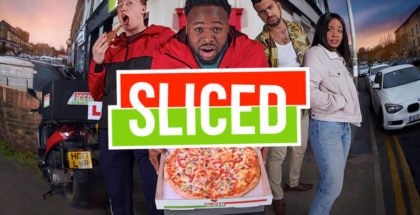 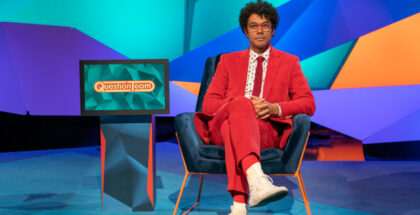