Amazon orders Fernando Torres docuseries | Where to watch online in UK | How to stream legally | When it is available on digital | VODzilla.co

Amazon has scored another addition to its footballing line-up with a new documentary series about Fernando Torres.

Fernando Torres: El Último Símbolo (The Last Sign) will honour the player’s unique career, beginning with his debut with Atlético Madrid through to his retirement from football earlier this year.

It follows the highs and lows of the player, who won the World Cup with Spain and played for Liverpool from 2007. His final match was in August, for Japanese team Sagan Tosu.

The documentary is the latest in a volley of non-fiction football efforts from Amazon, including a recent documentary on Real Madrid defender Sergio Ramos, Steven Gerrard’s Make Us Dream, an All or Nothing season taking us behind the scenes at Man City and docuseries This Is Football. Amazon also has a weekly talk show, Back of the Net, hosted by Peter Crouch, which is building up its exclusive streaming of 20 Premier League matches this December, including Boxing Day. By building up its library of football content, Amazon will be looking to attract and retain subscribers keen to watch the December matches. They’ll have to keep subscribing for several months more to catch the Torres documentary, though: it will launch exclusively on Amazon Prime Video in 2020. 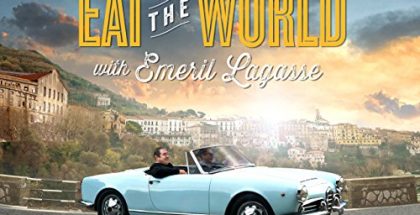