Netflix responds to backlash over variable playback speed test | VODzilla.co | Where to watch online in UK

Netflix has responded to the backlash over its testing of a new variable playback speed option.

The streaming giant regularly tests features among small subsets of users, from lists of most popular titles that week to the ordering of episodes in anthology series. Many of them never become implemented at all. Its latest experiment is an option to change the speed at which things on Netflix are watched. Spotted in the last 48 hours by Android users, the test has sparked a backlash, despite the fact that variable speed playback already exists on YouTube videos, DVD players and PlayStation consoles.

The test comes just as Netflix is establishing itself as a major movie player, following the Oscar-winning Roma with Martin Scorsese’s The Irishman – a 3 hour and 20 minute movie that would, if streamed at 1.5x speed, would take 2 hours and 20 minutes to watch.

Judd Apatow, who directed Knocked Up and Netflix series Love, tweeted: “Don’t make me have to call every director and show creator on Earth to fight you on this. Save me the time. I will win but it will take a ton of time. Don’t fuck with our timing. We give you nice things. Leave them as they were intended to be seen.”

Brad Bird, director of The Incredibles, said: “Whelp— another spectacularly bad idea, and another cut to the already bleeding-out cinema experience. Why support & finance filmmakers visions on one hand and then work to destroy the presentation of those films on the other???”

Sean Baker, director of Tangerine and The Florida Project, commented: “If true, very upsetting. Absolutely no respect for the art or artists.”

Ant-Man director Peyton Reed said: “This is a terrible idea, and I and every director I know will fight against it.”

Aarol Paul, star of Breaking Bad and Netflix follow-up movie El Camino, tweeted: “There is NO WAY @netflix will move forward with this. That would mean they are completely taking control of everyone else’s art and destroying it. Netflix is far better than that. Am I right Netflix?”

He added: “Don’t listen to the media. Rumors are a funny thing. I love Netflix. Always have. Always will. This simply can not be true. That is all. No way will they destroy the art they have on their platform. Plain and simple.”

Now, Netflix has clarified its plans and intentions about the test.

“In the last month, we’ve started testing several additional player controls, including the ability to: alter the brightness on your phone without going into settings; lock your screen and find your language and audio settings more easily; and vary the speed at which you watch on mobile,” wrote Keela Robison, Vice President.

“This is a mobile only test and gives people the ability to vary the speed at which they watch on phones or tablets,” Robison added, noting that the feature was designed for people looking to rewatch their favourite scene or wanting to go slower because it’s a foreign language title.

“We’ve been sensitive to creator concerns and haven’t included bigger screens, in particular TVs, in this test,” concluded Robison. “We’ve also automatically corrected the pitch in the audio at faster and slower speeds. In addition, members must choose to vary the speed each time they watch something new – versus Netflix maintaining their settings based on their last choice.

“We have no plans to roll any of these tests out in the short term. And whether we introduce these features for everyone at some point will depend on the feedback we receive.” 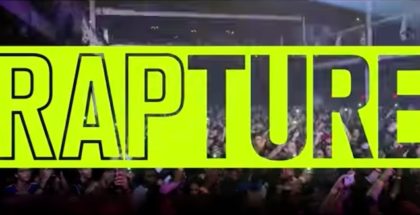