Amazon orders Fallout series from Westworld creators | Where to watch online in UK | How to stream legally | When it is available on digital | VODzilla.co

Amazon has ordered a new series based on the Fallout video game franchise. Booting it up? Westworld creators Jonathan Nolan and Lisa Joy.

The duo have become one of the most prominent show running partnerships in TV, inking a five-year overall deal with Amazon Studios via their company Kilter Films. The agreement has already borne fruit in the form of The Peripheral, a sci-fi drama based on the William Gibson novel picked up by Amazon Studios in 2018. Now, they’re setting their sights on another sci-fi epic.

Fallout, which began in 1997, takes place in a world where the future envisioned by Americans in the 1940s has exploded through a nuclear war in 2077. The series will juxtapose the wasteland fallout with the utopian idea of a better world through nuclear energy, fusing B-movie thrills and dark humour with the bleak depiction of a harsh future.

The series is being made in association with the games’ producers, Bethesda Game Studios, with Nolan and Joy exec-producing alongside Kilter’s Athena Wickham and Bethesda’s Todd Howard and James Altman.

“Fallout’ is one of the greatest game series of all time. Each chapter of this insanely imaginative story has cost us countless hours we could have spent with family and friends. So we’re incredibly excited to partner with Todd Howard and the rest of the brilliant lunatics at Bethesda to bring this massive, subversive, and darkly funny universe to life with Amazon Studios,” said Joy and Nolan in a statement.

“Over the last decade, we looked at many ways to bring Fallout to the screen,” added Howard. “But it was clear from the moment I first spoke with Jonah and Lisa a few years ago, that they and the team at Kilter were the ones to do it right. We’re enormous fans of their work and couldn’t be more excited to work with them and Amazon Studios.”

“Fallout is an iconic global franchise, with legions of fans worldwide and a rich, deeply compelling storyline that powers it. And Jonah and Lisa are the perfect storytellers to bring this series to life,” added Albert Cheng, COO and co-head of television at Amazon Studios. “We’re thrilled to join with Bethesda to bring Fallout to television.”

The news comes as HBO is working on an adaptation of The Last of Us, while Showtime is producing a Halo series. The project has a series commitment penalty attached, which means it will go straight to series if Amazon Studios likes the scripts. 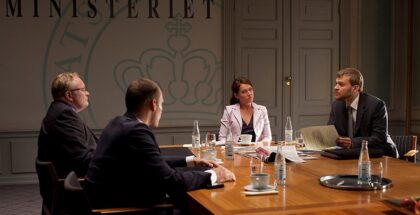