Amazon commissions The Man in the High Castle for full season | Where to watch online in UK | How to stream legally | When it is available on digital | VODzilla.co

Amazon commissions The Man in the High Castle for full season

Philip K Dick fans, rejoice: Amazon has commissioned a full season of The Man in the High Castle on the back of record customer demand.

The show is one of the latest Amazon Original shows to be given the green light, following the company’s recent pilot season. Other pilots that will also be turned into series include Mad Dogs, The New Yorker Presents, Just Add Magic and The Stinky & Dirty Show.

Based on the Hugo Award-winning 1962 alternative history, The Man in the High Castle considers the question of what would have happened if the Allied Powers had lost World War II. Executive Produced by Ridley Scott and starring Rufus Sewell, the pilot was the stand-out show in a promising batch of titles, with the production values and sheer scale indicating Amazon’s ambitions for its original content. Customers responded in kind: The Man in the High Castle is the most watched Amazon pilot to date. (You can read our review it here.)

The 2015 pilot season also highlights the diversity of Amazon’s programming, with the VOD service ordering full seasons from a strikingly broad range of titles.

Mad Dogs is an hour-long dark comedy drama created by Cris Cole and Executive Produced by Cole and The Shield’s Shawn Ryan (The Shield). Based on the hit UK series, Mad Dogs follows the reunion of a group of underachieving forty-something friends at an old friend’s gorgeous Belizean villain – only for things to take a violent turn. The pilot stars Steve Zahn and Billy Zane. (You can read our review it here.)

The New Yorker Presents is Amazon’s first ever non-fiction series. The half-hour variety show effectively brings the US magazine to life on the screen, including short films, cartoons, poems and mini-documentaries. The programme is Executive Produced by Oscar-winning director Alex Gibney and is co-produced by Condé Nast Entertainment. (You can read our review it here.)

For kids, Amazon has greenlit The Stinky & Dirty Show, a pre-school animation based on the “I Stink!” picturebooks about a garbage truck and a backhoe loader, which combinations education and humour with impressively cute visuals. (You can read our review it here.)

Amazon has also commissioned Just Add Magic. The show, aimed at 6 to 11 year olds, is based on Cindy Callaghan’s young adult book of the same name and follows a group of girls who stumble across a magical cookbook in the attic – a show that refreshingly celebrates cooking and teamwork more than fashion or being popular. (You can read our review it here.)

The new shows will premiere exclusively to Prime members in the UK, Germany and US later this year and in 2016. They join an increasingly packed schedule of original programming from Amazon. Indeed, to date, customers have helped Amazon greenlight 13 series including the multi Golden Globe-winning show Transparent, which will return for a second season later this year.

Three more shows are also set to arrive in 2015: Hand of God from Marc Forster, starring Ron Perlman;Red Oaks from Steven Soderbergh and David Gordon Green; and kids series Wishenpoof! from Angela C. Santomero and Out of the Blue Enterprises.

All of the Amazon TV pilots, both successful and unsuccessful, are available to view, free, for customers and non-customers alike.

Amazon pilots The Man in the High Castle
Tweet

Worldwide pay-TV grows, but thousands of US subscribers cut cords

Amazon renews Mozart in the Jungle for second season 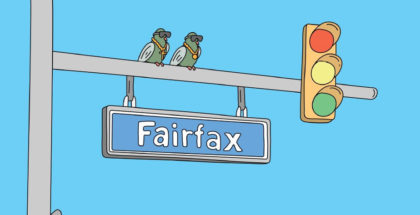