Doctor Who on-demand: Tom Baker | Where to watch online in UK | How to stream legally | VODzilla.co

Doctor Who turns 50 on Saturday 23rd November with a special anniversary episode on the BBC. To celebrate, VODzilla.co is running a daily countdown of every Doctor to date, providing our expert tips on which stories to see – and where to watch them online.

The only Doctor to be working on a building site when he got the gig, Baker already had a reputation for on-screen madness after playing Rasputin in Nicholas and Alexandra, and the sorcerer Koura in The Golden Voyage Of Sinbad. Emphasising the Doctor’s alien qualities, Baker’s bohemian traveller was the longest-serving and most popular incarnation, ruling over two very distinct eras – a ‘golden age’ of body horror and (when that proved too violent) a jokier, more comedic run of stories that cemented Baker’s charisma in the role.

A comic book-style reboot of the series, which sends the Doctor back in time to stop (the (previously unheard of) Davros from creating the Daleks. The most repeated story in the days before catch-up was an option, this is the one everybody remembers and, as such, perhaps its most influential two-and-a-half-hours.

The high watermark of the early Baker years, this is a sumptuously produced (bar the giant rat) and dazzlingly written (bar the unfortunate racism) “pseudo-historical,” in which the Doctor dons deerstalker to play Sherlock Holmes as he battles a fugitive from the future.

The show cobbled together enough pennies to shoot in Paris but didn’t have a workable story. Under pressure, script editor Douglas Adams (yes, that Douglas Adams) produced the series’ comic masterpiece – a caper movie about an alien trying to steal to Mona Lisa – that, as one critic put it, “Just when you think it can’t get any better, John bloody Cleese appears.”

Not currently available on VOD.

Doctor Who: The Best of the Fourth Doctor

Including: Genesis of the Daleks, The Hand of Fear, The Talons of Weng-Chiang, The Deadly Assassin.

VOD film review: Cloudy with a Chance of Meatballs 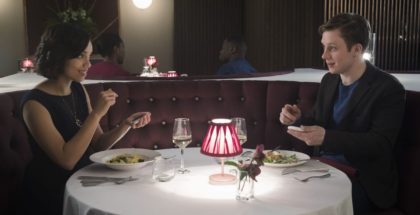 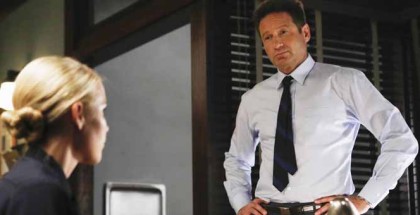 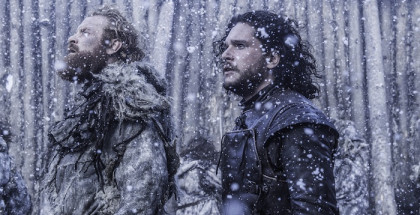