Doctor Who on-demand: Patrick Troughton | Where to watch online in UK | How to stream legally | When it is available on digital | VODzilla.co

Doctor Who turns 50 on Saturday 23rd November. To celebrate, VODzilla.co is running a daily countdown of every Doctor to date, providing our expert tips on which stories to see – and where to watch them online.

It was the boldest, most brilliant decision that the show ever made. Change the actor, and why shouldn’t the show run forever? But it would have quickly got stale had character actor Troughton not made the inspired decision not to copy Hartnell and instead create his own persona – an impish, childlike “cosmic hobo.” As the small, scruffy-looking man standing firm against towering monsters, Troughton popularised an image of the Doctor that continues to this day, even if sadly only seven of his 21 adventures are complete.

Peak-period Troughton terrified tots by cloaking horror movie tropes in sci-fi drag and broadcasting them in prime-time. Here, the Cybermen are roused from slumber like Egyptian Mummies; watch it late at night with the lights off and it still works.

A blast of pure surrealism as the Doctor is trapped in the Land Of Fiction with Gulliver, Rapunzel and the Minotaur. Behind-the-scenes traumas forced producers to improvise with an extra episode and a replacement actor for companion Jamie… both of which actually enhance the weirdness.

The Mind Robber is currently unavailable on-demand. Buy it on DVD from Amazon.

The last story of the 1960s is the last-gasp of ‘anything goes’ Who, transforming from an apparent WWI historical into a full-blown space opera so epic that the Doctor is forced – for the first time – to call his fellow Time Lords for help.

The War Games is currently unavailable on-demand. Buy it on DVD from Amazon.

Doctor Who: The Best of the Second Doctor

Including: The Ice Warriors, Seeds of Death, The Krotons and The Tomb of the Cybermen.

The Enemy of the World

The Web of Fear 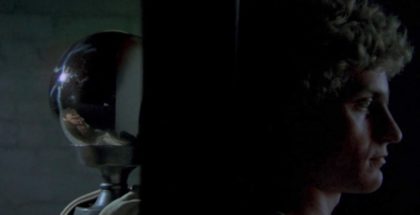