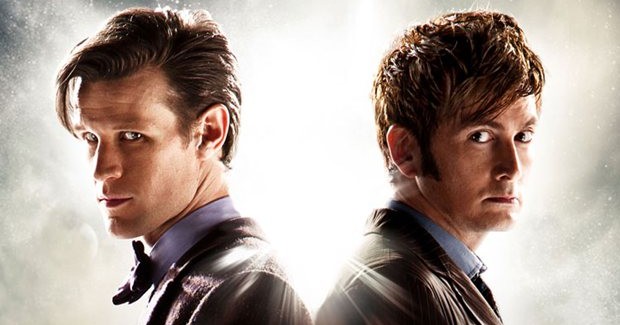 The Bringer of Darkness, the Oncoming Storm, the Doctor, the Warrior – A Time Lord!

10 days. That’s how long it is until the 50th Anniversary Doctor Who special The Day of the Doctor airs on the BBC and in cinemas around the world.

Now, you can see an early glimpse of one of them in a new mini-episode, The Night Of The Doctor. But which?

We won’t spoil the surprise.

Watch the seven minute prologue here – and then join us in getting even more excited than we were before.

Count down to The Doctor’s 50th birthday with our Doctor Who on-demand series, looking back at each incarnation of everyone’s favourite Time Lord.

Netflix (and YouTube) now responsible for majority of US internet traffic