Premier League 2022: What fixtures are showing on Amazon Prime Video? | Where to watch online in UK | How to stream legally | When it is available on digital | VODzilla.co

Premier League 2022: What fixtures are showing on Amazon Prime Video?

The Premier League has confirmed the first of Amazon Prime Video’s fixtures in the 2022/2023 season this winter.

The online giant snapped up the rights to the matches in 2018, after Sky and BT bagged several packages of fixtures for their own sports offerings. Amazon, though, stormed the pitch when several bundles were still left unsold, acquiring the rights to show 20 live football matches per season in the UK and Ireland.

Here’s the schedule of Amazon’s fixtures:

How do I watch?

The matches will be available to stream on Amazon Prime Video, which is available on iOS and Android devices, as well as selected smart TVs, streaming boxes and sticks and via web browsers on desktops and laptops.

The matches are included as part of an Amazon Prime membership, which costs £7.99 a month, with no contract, or £79.99 for the whole year. A 30-day free trial is also available.

What else is on Amazon Prime Video?

Also included with Amazon Prime are a host of other footballing content, including docuseries All or Nothing: Manchester City, This Is Football, Take Us Home: Leeds United, Six Dreams and Inside Borussia Dortmund. Weekly on Tuesdays, Amazon is also releasing episodes of Back of the Net, its new talk show hosted by Peter Crouch. Amazon Prime Video also has the exclusive rights to ATP Tour tennis matches, including the Next Gen Finals in Italy from 5th November and Nitto ATP Finals in London from 10th November.

For more information or to start streaming, hit the button below.

For more information on how to watch the Premier League on Amazon Prime Video, click here 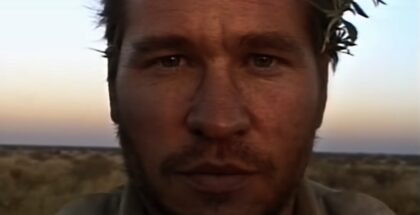