Competition: Win Arrow Season 2 on DVD [CLOSED] | Where to watch online in UK | How to stream legally | When it is available on digital | VODzilla.co

Arrow Season 2 is out on DVD on Monday 22nd September – and to celebrate, we’re giving away two copies.

The show follows the story of spoiled billionaire playboy Oliver Queen (Stephen Amell) who went missing and was presumed dead when his yacht was lost at sea. He returned five years later a changed man, determined to clean up the city as a hooded vigilante armed with a bow.

Season 2 sees the crime-fighting hero continue his quest after an explosive finish to Season 1. Determined to stop criminals without killing them, he must face off against forces trying to take over his company – Queen Consolidated – as well as his city, a place where secret identities are inevitably revealed to a chosen few and people who die are not guaranteed to stay that way.

All you have to do to win a copy is answer the following, insultingly easy question:

This competition is now closed.

Our Girl recap available on BBC iPlayer ahead of Season 2 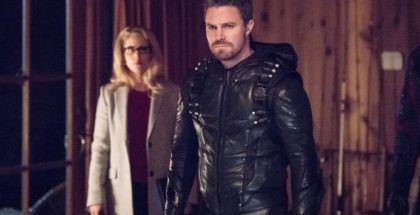 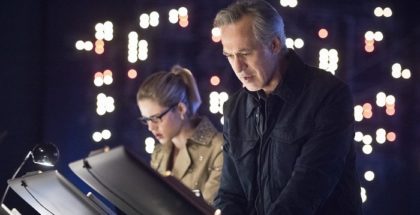