What's coming soon to Sky and NOW TV in October 2020? | VODzilla.co | Where to watch online in UK 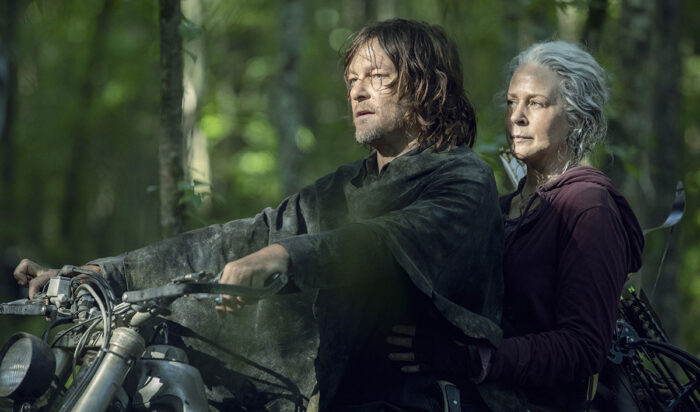 The Walking Dead Season 10 finally reaches its finale this October (before six more episodes arrive next year), leading a pack of returning shows that will have anyone with a pulse foaming at the mouth – including Billions, Riviera and The Twilight Zone.

New offerings come in the form of Hugh Grant and Nicole Kidman in The Undoing, a new adaptation of Brave New World, and the ambitious conclusion of The Third Day, comprising a three-part TV drama and an ambitious all-day live theatre event. The latter is airing on Sky Arts, which is now free for everyone in the UK – although for those wanting to catch up after the fact, Sky Arts’ on-demand library is exclusive to Sky and NOW TV.

Don’t have Sky? You can stream all of the above live and on-demand through NOW TV, Sky’s contract-free VOD service, which costs £9.99 a month for an Entertainment Pass. For more information, click here.

Sky Cinema, meanwhile, boasts some of the most notable films of the past year, including The Invisible Man, The Lighthouse, A Beautiful Day in the Neighbourhood, Waves, Just Mercy and Harriet – and the debut of Sky Original film The Secret Garden.

All of these you can stream in HD by adding a NOW TV Boost to your account, which costs an additional £3 a month. For more information, click here.

Here’s your guide to what’s coming soon in October 2020:

Based on Aldous Huxley’s world-renowned and prescient 1932 novel, Brave New World takes place in a seemingly perfect future society where family, money, monogamy and privacy have been abolished in the name of order and harmony. Alden Ehrenreich, Harry Lloyd and Jessica Brown Findlay star with Demi Moore in a recurring role. All episodes arrive at once on-demand.

Random Acts of Flyness is not the revolution. A new late-night series from artist Terence Nance, the show is a fluid, stream-of-consciousness examination of contemporary American life. Nance and his collaborators weave together a mix of topics – snowflakes, finger waves, Bunyans — creating a television show like nothing seen before. Nance kicks things off by introducing the show, before being stopped by the NYPD. “Ripa the Reaper” hosts the cable-access show “Everybody Dies!”,and an infomercial offers a topical-ointment cure for “white thoughts”.

Sky Arts and Punchdrunk present the next chapter of The Third Day. This theatrical event will be broadcast as live on Sky Arts and online for 12 hours, allowing viewers to follow the events of a single day in real time. Cast members Jude Law and Katherine Waterstone will continue their role in the ongoing story, joined by Florence Welch in an acting role. Events will transpire in one continuous take, immersing viewers in the mysterious, suspenseful and cinematic world of The Third Day.

In Ecuador’s Amazon basin lies a special patch of jungle that is a living, breathing, green metropolis of life. It is an untouched, secluded wilderness teeming with biodiversity, only accessible by boat. Follow a team of naturalists and filmmakers on a mission to capture the intimate behaviours of the wildlife who dwell here by installing a network of more than 50 remotely operated cameras and mini-cams, from the dark rainforest floor right up to a tangled canopy 300 feet in the air.

Sky History presents a special two-part documentary premiering as part of Black History Month. Covering 400 years of intertwining British and American histories, it begins with the European slave trade and follow the continuing struggle to equality from there.

After Season 10’s run was cut one episode short due to the coronavirus pandemic, the final episode finally gets an airing, after a cliffhanger teasing a gigantic horde of zombies surrounding the survivors, as Daryl, Carol and more try to face off the Whisperers once and for all.

Get ready for more cringeworthy comedy as Maya Erskine and Anna Konkle reprise their roles as their adolescent selves In the Lonely Island produced comedy. In the opening episode of the second season, Maya and Anna reluctantly go to a lame pool party, but when a crush unexpectedly shows up, causing them to question their sanity and reputations. All episodes arrive at once on-demand.

Jordan Peele presents another selection of eerie tales to linger in your mind and gently prick at your conscience in the second season of the classic anthology reboot. In this opening tale, Jimmi Simpson (Westworld) plays Phil, a lonely bachelor who finds a meaningful human connection when he discovers a telepathic link to a stranger named Annie. Their connection quickly sparks a romance, but not everything is as it seems.

The second, three-part chapter of Dennis Kelly’s ambitious drama arrives. This time, Helen (Naomie Harris) arrives on the island for a family holiday, hoping to bond with her daughters. Episodes air weekly.

In 1773, the writer Samuel Johnson and his future biographer embarked on a perilous journey around Scotland, from Edinburgh through to the Highlands and Hebrides. Over three episodes, Frank Skinner (a huge Johnson fan), and Scottish novelist Denise Mina will re trace this journey. Armed with the two accounts of the journey – one written by Johnson, the other by Boswell – the pair will traverse the same stunning landscapes to discover what has changed and what has stayed the same.

Urban Myths returns to Sky Arts for a fourth instalment, fictionalising some of the most peculiar stories to have ever leaked out of Hollywood, the music industry and the worlds of art and culture. Written by and starring Steve Pemberton alongside John Bradley and Mark Addy, the opening episode tells the story of Les Dawson’s adventures in Paris in the mid-1950s. All episodes available at once on-demand.

Althea Gibson’s life and achievements transcend sports. Showing as part of Black History Month, this film documents Althea’s journey from a truant on the rough streets of Harlem, to becoming the most unlikely queen of the highly segregated tennis world in the 1950s.

Portrait Artist of the Year returns for a seventh series, with Stephen Mangan reprising his role as host and returning judges, artist Tai Shan Schierenberg, independent curator Kathleen Soriano and art historian Kate Bryan. Throughout the series we will see 24 celebrity sitters from the worlds of stage, screen, sport and music become the subject for our painters which include Normal People’s Paul Mescal, First Dates front-of-house Fred Sirieux, singer Ray BLK and Sir Trevor McDonald.

Julia Stiles returns for the third series of the sumptuous Sky original drama, joined by Rupert Graves and returning cast members Poppy Delevingne and Jack Fox. A year has passed since the explosive finale of the last series, and Georgina (Stiles) has abandoned the
cursed Riviera, leaving all its devastation and damage behind to start a new life as an art restitution lecturer. However, noted expert Gabriel Hirsch has other ideas. He makes her an offer she can’t refuse – come and work with him, and practise what she’s preaching. Fast forward to Venice, where Georgina and Gabriel are on the search for a looted Picasso at a party hosted by corrupt art dealer Luca.

Bobby Axelrod and Chuck Rhoades see their vicious rivalry reignited, while new enemies rise and take aim as Season 5 of Billions gets underway. Episodes 1 and 2 both air back-to-back, with all episodes available at once on-demand.

There’s Something About Movies: Season 3 (9pm, Sky One) – 22nd October

Alan Carr continues as host of the third run of the film quiz, with Jennifer Saunders and Michael Sheen returning as team captains. They’ll be joined by such guests as Jonathan Ross, Guz Khan and Gemma Arterton.

Nicole Kidman reunites with Big Little Lies creator David E. Kelly for this drama based on the book You Should Have Known by Jean Hanff Korelitz, also starring Hugh Grant and Donald Sutherland and directed by Susanne Bier (The Night Manager).

Their time has come. The fifth and final season of Blindspot begins in the aftermath of the explosion that left Jane watching as a drone strike on the safe house with the rest of the team inside. Questions to be answered include who made it out alive and whether the team will ever be able to clear their names in the wake of Madeline’s rise to power.

Michael B Jordan stars in this powerful and thought-provoking drama about young lawyer Bryan Stevenson and his history-making battle for justice.

Showing as part of Black History Month, this film, based on the thrilling and inspirational life of an iconic American freedom fighter, tells the extraordinary tale of Harriet Tubman’s escape from slavery and transformation into one of America’s greatest heroes.

Set against the vibrant landscape of South Florida, and featuring an astonishing ensemble of award-winning actors and breakouts alike, Waves traces the epic emotional journey of a suburban AfricanAmerican family – led by a well-intentioned but domineering father – as they navigate love, forgiveness and coming together in the aftermath of a loss. From acclaimed director Trey Edward Shults.

Based on the bestselling comic book, Vin Diesel stars as Ray Garrison, a soldier recently killed in action and brought back to life as the superhero Bloodshot by the RST corporation. With an army of nanotechnology in his veins, he’s an unstoppable force — stronger than ever and able to heal instantly. But in controlling his body, the company has sway over his mind and memories, too. Now, Ray doesn’t know what’s real and what’s not, but he’s on a mission to find out.

In the late 1960s, French new wave actress and “À Bout de Souffle star Jean Seberg becomes the target of the FBI due to her support of the civil rights movement and her romantic involvement with Hakim Jamal – a Black Panther activist. She soon finds her life and career in jeopardy as the overreaching surveillance and harassment starts to take a toll on everything she holds dear.

A Beautiful Day in the Neighbourhood – 16th October

While relatively unknown this side of the Atlantic, in the US Mister Rogers is a pioneer in children’s television, being one of the first faces on television to talk directly to children at their level. This timely story – based on Fred Rogers real-life friendship with journalist Tom Junod – is one of kindness triumphing over cynicism. When jaded magazine writer Tom (Matthew Rhys) is told to dig up some dirt on Fred Rogers (Tom Hanks in an Oscar®-nominated role) he instead overcomes his scepticism and learns about empathy, kindness and decency from America’s most beloved neighbour.

When everyone in Mary’s (Dixie Egericks) family dies from cholera, she’s sent to live in Yorkshire with her strict uncle (Colin Firth) and the housekeeper Mrs Medlock (Julie Walters). Mary soon discovers a key that opens a door to a garden – a secret, magical garden that her uncle has kept locked since the death of his wife.

John Cho and Andrea Riseborough star in this reboot of the J-horror, which centres on a house cursed by a vengeful ghost that dooms those who enter it to a violent death.

The Witch director Robert Eggers helms this unnerving, atmospheric drama starring Willem Dafoe and Robert Pattinson. They play a pair of lighthouse keepers on a desolate New England island in the 1890s, where nothing is as it seems.

Elisabeth Moss shines in this psychological horror that will keep you looking over your shoulder… Trapped in a violent, controlling relationship with a wealthy and brilliant scientist, Cecilia Kass (Moss) escapes in the dead of night and disappears into hiding. But when Cecilia’s abusive ex takes his own life, Cecilia suspects his death was a hoax. As a series of eerie coincidences turn lethal, Cecilia’s sanity begins to unravel as she desperately tries to prove that she is being hunted by someone nobody can see.

Other movies coming soon to Sky Cinema in October 2020:

5th October
The Academy of Magic

Trailer: Netflix opens The Cabin with Bert Kreischer this October 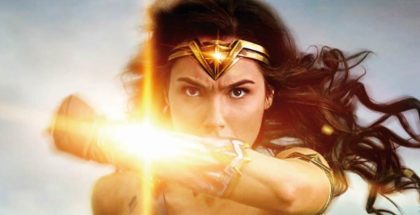