Top 20 new releases coming soon to NOW TV in November 2015 | Where to watch online in UK | How to stream legally | When it is available on digital | VODzilla.co

It’s all about The Last Panthers this month on NOW, as those with an Entertainment Membership (£6.99 a month) look forward to a European crime thriller starring Samantha Morton, Tahar Rahim and John Hurt. The return of Elementary for a fourth season and Amy Schumer’s comedy show as a box set on catch-up are a welcome bonus – not to mention the premiere of new female-led thriller Blindspot.

Sky’s latest original crime drama is a six-part pan-European production with CANAL+ in France, with a cast as epic as its ambition. Samantha Morton, Tahar Rahim and John Hurt star in the six-part thriller about a shadowy alliance of gangsters and banisters that rule the continent – kicking off with a daring diamond heist. As if that weren’t enough, the show’s opening credits feature a brand new song by David Bowie.

Jaime Winstone, Ardal O’Hanlon and John Thomson star in this comedy drama about a young music fan, Willow (James Tarpey), who stays in his own town of Shankly after his friends leave for university. O’Hanlon plays his dad, while Winstone plays the disc jockey Lauren, who broadcasts the titular local radio show from a barge – the only thing that keeps Willow going.

Jane Horrocks, Stephanie Beacham and Mark Addy star in Sky 1’s hit supermarket comedy series, which is set in the fictional budget supermarket of Valco. Seasons 1 to 4 are already available, with new episodes arriving each Monday.

The political series from Homeland’s creators returns for a second season, starring Adam Rayner as Barry, the son of a Middle East dictator who returned home in Season 1 after two decades in exile.

Sky’s music series features a host of artists performing in an intimate setting with no presenter to take time or attention away from the music. Season 1, which is already available, includes concerts by Twin Atlantic, Young Guns, James and The Kooks. Season 2 starts on Saturday 7th November with Django Django and Lucy Rose, followed by Everything Everything and Katzenjammer the following week.

ITV’s paid channel, which is included in NOW’s line-up, has acquired this six-episode series from A&E, which re-imagines the Frankenstein myth for 19th Century London. Sean Bean plays Inspector John Marlott, who investigates a series of crimes that may have been committed by a scientist keen to re-animate the dead. Anna Maxwell Martin co-stars as Mary Shelley.

CBS’ modern take on Sherlock Holmes returns once more with Jonny Lee Miller and Lucy Liu as Holmes and Watson, which features John Noble as Sherlock’s father, Morland Holmes, who arrives in New York to help his son following his violent behaviour.

Sky Living’s latest acquisition is the new NBC hit Blindspot, which stars Jaimie Alexander (Thor) as Jane Doe, who wakes up to find herself tattooed and without any memories in the middle of New York. One of them? The name of FBI agent Kurt Weller (Sullivan Stapleton), who uncovers a larger conspiracy at work.

Missed the comedian’s second season of sketches, interviews and stand-up? Good news: you can now stream both Season 1 and 2 on demand.

Marvel’s small screen spin-off from its cinematic universe sees Agent Coulson lead a team of agents investigating weird and alien occurrences. Tuned out when it was first on TV? It takes a while to find its groove, but after The Winter Soldier has hit, the beats get stronger.

After Falling Skies wrapped up its final run, all five seasons return as a box set, so you can binge-watch Noah Wyle all you want. For the uninitiated, he plays a college professor who becomes the leader of a group of soldiers following an alien invasion of Earth.

This series from M. Night Shyamalan sees two FBI agents go missing in the titular town of Wayward Pines. Missed the whole of the first run? Catch up on the mystery.

Reese Witherspoon gives a career-best performance in this drama about Cheryl Strayed, who decides to hike all the way up America’s 1,100-mile Pacific Crest Trail – from Mexico to Canada – on her own. Her reason? To get away from it all. It all, we discover through a series of flashbacks, consists of everything from unwanted pregnancies and deceased relatives to failed marriages. While this litany of mistakes could be cheesy or trite, though, Nick Hornby’s script (based on Cheryl’s own memoirs) ensures that Wild’s tale become one not of self-penitence but self-appreciation. The decision to approach her sins of the past as part of what makes her who she is in the present makes for a positive and uplifting journey.

Larry the Cable Guy inherits Arnold Schwarzenegger’s role in this sequel to the festive comedy.

“If you’ve created artificial intelligence, that isn’t the history of man. It’s the history of gods.” That’s programmer Caleb to his boss, Nathan, after winning a prize to spend a week on a private work retreat – only to discover it’s really to put a top secret robot through the Turing test. The robot in question? Ava, a female with enough self-awareness to know what she is, and enough smarts to do something about it. Domnhall Gleeson and Oscar Isaac are excellent as the programmers – but Alicia Vikander steals the show.

A stoner crime comedy drama by Paul Thomas Anderson? Breathe it in.

The Wachowskis direct this epic space opera about Jupiter (Mila Kunis), a cleaner who discovers she is actually a princess on another planet – something that prompts an invasion of aliens, fought off by Channing Tatum’s soldier Caine, who wears magical hovering boots.

Liam Neeson returns once again as the dad with a plan for a second sequel.

The word “cyber-thriller” sounds as dated as it can get, but Michael Mann’s film, which stars Chris Hemsworth as a hacker released from jail by the FBI to help track down another, more dangerous, keyboard-baser, feels grippingly modern thanks to its cool, digital direction.

BBC iPlayer app on the way to new Apple TV 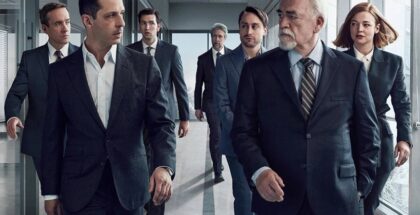 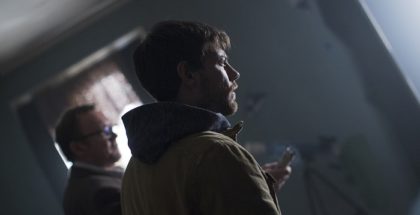