Top 15 TV shows and movies coming soon to NOW TV (Sky) in November 2014 | Where to watch online in UK | How to stream legally | When it is available on digital | VODzilla.co

Another month, another wave of new titles hitting NOW. Sky’s subscription video on-demand service for non-Sky customers is a contract-free way to watch Sky TV channels, both live and on-demand, for £6.99 a month (Entertainment Membership) or to stream films from the Sky Movies catalogue for £9.99 a month (NOW Cinema Membership).

While October saw The Walking Dead Season 5, Arrow Season 3, American Horror Season 4 and The Flash race onto NOW (all of which are still available), November marks a change of pace, with new sitcoms, the return of The Wire, the beginning of Game of Thrones and brand new Elementary. And, of course, a range of Christmas movies.

George RR Martin’s epic fantasy series is without a doubt one of the best shows of recent years – and certainly one of the most talked about. If you’ve never seen any of it, you can catch up this month for £6.99. If you’ve already seen it, it’s the perfect excuse to spend some quality time with Sean Bean, back when Ned Stark got to spend a lot more time in the spotlight.

The Wire is another one of those shows that people say is a “must see”, but with good reason. Created by former police reporter David Simon, HBO’s series about drug dealing on the streets of Baltimore smacks of grimy truth – and the complex web of people who get involved in it (from policemen to judges and dock workers) only adds to the slow-burn realism. (Warning: This is only available until the 30th December.)

Billy Crystal and Meg Ryan test the theory that men and women can never be friends in this seminal romantic comedy from Nora Ephron. Witty, sweet and perfectly performed, the one-liners are timeless enough to make up for the dated haircuts.

The Planet Express team get back together for one last ride in Season 10 of Futurama. Originally broadcast in the US last year, this final run of episodes includes adventures where Fry, Leela and the crew are turned into 2-D, a conspiracy involving helium mining from the sun and a parody of Scooby Doo.

UK TV’s Gold enjoyed their biggest ever ratings hit with the live O2 Monty Python shown, so it’s no surprise that they’ve followed it up with this compilation of celebrities’ favourite Monty Python sketches.

Winner of the Emmy award for Outstanding Comedy Series for the last five years in a row, the ABC sitcom returns to the Pritchett family for a new run of mockumentary shenanigans.

Robert De Niro and Sylvester Stallone join forces for this cliche-loving sports film about two retired boxers who go back into the ring for one last match.

From Exec Producer Kevin Williamson (The Following), psychological thriller Stalker stars Maggie Q (Nikita) and Dylan McDermott (Hostages) as a detective duo investigating stalking incidents, all the while trying to keep their own compulsions at bay. (This will be available to watch live online with an Entertainment Membership – or on catch-up afterwards.)

CBS’ Sherlock series isn’t the BBC series, but that’s the point: this contemporary US update, starring Jonny Lee Miller as Holmes and Lucy Liu as Watson, has won fans thanks to its novel approach to Sir Arthur Conan Doyle’s originals. Season 3 sees Sherlock return to New York after he and Watson split. Will the duo reunite? (This will be available to watch live online with an Entertainment Membership – or on catch-up afterwards.)

Mark Wahlberg stars in Peter Berg’s thrilling – and shocking – war movie, which reduces conflict to an adrenaline-fuelled attempt to survive.

Are monsters more terrified of us than we are of them? That’s the cute starting point for Pixar’s fluffy flick, which sees John Goodman and Billy Crystal play a double-act of scarers, whose job is to make enough kids scream to provide power for the city. A beautiful piece of world-building and a cute slice of emotion make this a charming Disney adventure that’s definitely not terrifying.

Kevin Kline, Michael Douglas, Robert De Niro and Morgan Freeman star in this tale of old friends who go to Las Vegas for a stag do. Four ageing men going to drink, gamble and ogle young women? This should be sleazy, but Last Vegas has a surprisingly warm vein of humour and heart that becomes a look at mature romance rather than a peer down a teenager’s bikini.

George Clooney, Matt Damon, Cate Blanchett and Bill Murray star in this WWII drama about a group of art experts who attempt to find and save art before Hitler can destroy them.

Cancelled and then resurrected again, Cougar Town is a sitcom that stars Courteney Cox as a divorcee, who explores the world of dating in an increasingly young society. 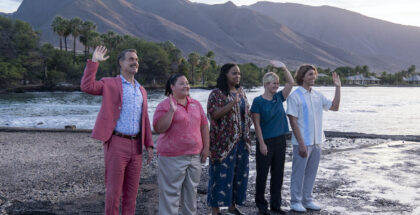 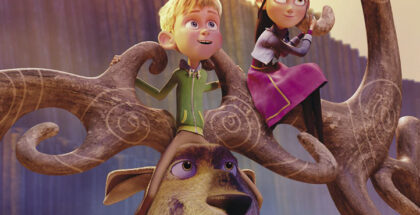