What's coming soon to Netflix UK in June 2017? | Where to watch online in UK | How to stream legally | When it is available on digital | VODzilla.co 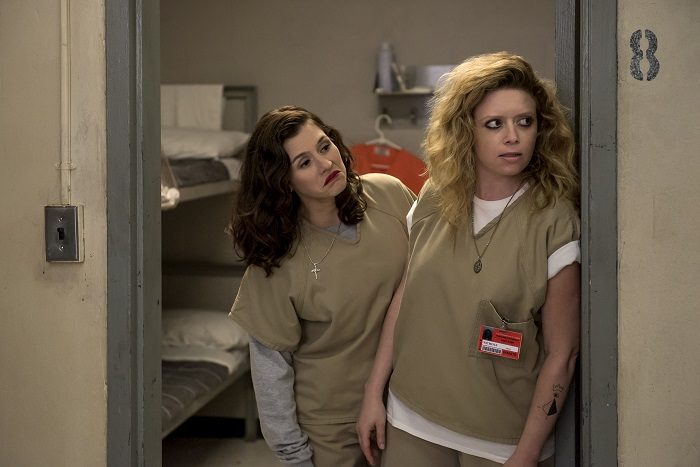 After May’s bumper crop of Netflix originals, June is light on the ground this year – if, by light on the ground, you mean the fifth season of Orange Is the New Black, picking up from That season finale and unfolding in real time. Away from the ladies of Litchfield, Netflix takes to the ring for wrestling comedy series GLOW, before bringing us the latest from Snowpiercer’s Bong Joon-ho, which recently became the streaming giant’s first ever film to premiere at Cannes. Whether it bags the Palme d’Or or not in France, with Noah Baumbach’s While We’re Young, Ant-Man and Orphan Black’s fifth season arriving in the coming weeks (not to mention District 9, Hunger and XX, we’re all winners here.

Just as Noah Baumbach’s The Meyerowitz Stories becomes Netflix’s second film to premiere at Cannes, the streaming service adds the director’s 2014 film. An entertainingly awkward tale of ageing and maturity, it sees Ben Stiller and Naomi Watts play a couple whose marriage has descended into stale routine – until they meet Jamie (Adam Driver) and Darby (Amanda Seyfried), a hipster couple with energy to spare. The result is an astute study of the gulf that can open up between generations.

Guillermo del Toro takes the helm in this underrated horror / superhero sequel, as Wesley Snipes’ Blade forms an uneasy alliance with the vampire council in order to combat the Reapers, who are feeding on vampires.

With Twin Peaks back on our screens, don’t miss the chance to go back to David Lynch’s seminal, surreal satire, which sees an innocent man get mixed up in a small-town murder mystery involving a kinky nightclub singer and a kidnapper with a penchant for snorting helium.

Anne Heche and Sandra Oh knock the proverbial seven bells out of each other in this brilliantly acerbic satire.

Will Arnett returns for a second season of his Netflix comedy-drama, as Chip heads back to Venice after a short exile and finds that he is persona non grata. No store, no friends, not even a guest house to live in, it’s a long road back to the way things were.

After searching for his abducted son for three years, a devastated father attempts to track down his missing child through lucid dreams in this South Korean Netflix original film.

Arnie’s back in this fifth instalment in the long-running sci-fi saga.

Despite a stunning betrayal, Clary and the Shadowhunters go to war against Valentine’s new army to determine the ultimate fate of the Shadow World, as Netflix’s exclusive acquisition returns for more fantastical nonsense. Episodes arrive weekly on Tuesdays.

Soderbergh’s twisting, slippery thriller in addictive, entertaining watch that should come with its own warning label. Rooney Mara and Catherine Zeta-Jones star.

After That Season 4 Finale, things kick off in Season 5 of Orange Is the New Black, with the whole season unfolding in real time.

A conceited celebrity who only sees people for their wealth travels back in time and meets an ambitious man who loves nothing more than money in this South Korean Netflix original.

Memento as a comedy? Unfolding in reverse time, this darkly comic crime thriller follows a local sheriff hunting three bank robbery suspects, one of whom is his brother. 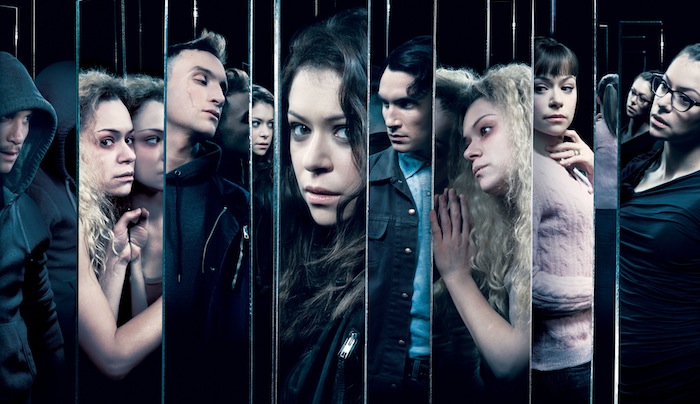 In the final season of the sci-fi show, Sarah and her sisters scramble to protect Kira from Neolutionists and unravel a mystery that stretches back more than a century.

Nick Kroll and John Mulaney are bringing their brilliantly bizarre Broadway alter-egos to Netflix in this new comedy special.

This big-screen outing for the BBC spy series isn’t afraid to keep things refreshingly low-key, as Kit Harington plays an old protege of Harry Pearce (Peter Firth), who finds himself back in the espionage fold to uncover a possible mole in MI5.

As their unconventional relationship evolves, Emma, Jack and Izzy become closer to one another but face new challenges.

Colt copes with challenges in his romantic life while Beau and Maggie continue to navigate their own complicated relationship in the third instalment of Netflix’s underrated comedy series, starring Ashton Kutcher.

Discipline, sweat, heartbreak and triumph are all on full display in director Jay Bulger’s look into the world of boxing. Despite the odds, three young amateur boxers are determined to make a name for themselves alongside the sport’s most remembered and revered champions.

Armed with evolved powers, the Winx fairies fight monsters and dark magic to defeat the evil Queen and return Peter Pan spirit to the World of Dreams.

A young beetle determined to become a racing champion joins forces with his pals to fight an evil prime minister while competing in a big tournament.

Chris Pratt stars in this post-modern reboot of everyone’s favourite dinosaur franchise, which actually builds and opens the theme park envisioned by John Hammond to the general public – only for things to go horribly wrong all over again. A thrilling ride back to your youth that proves dinosaurs can still seem as amazing as they did 22 years ago. 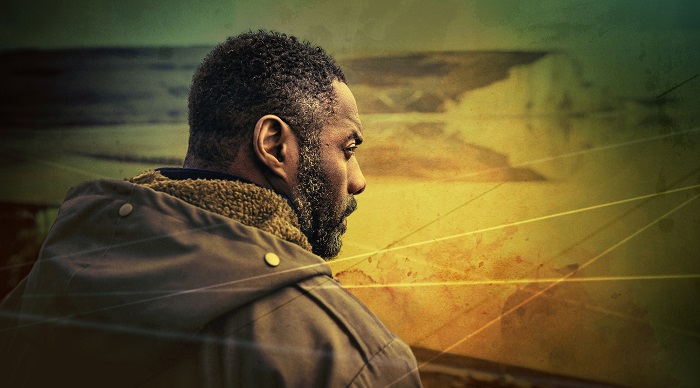 Idris Elba is on brilliantly gruff form in this short fourth outing for the world-weary detective.

Decades after its original release, Spielberg’s masterpiece is no less harrowing or important.

Paul Rudd is on laugh-out-loud form in this fun debut outing for the world’s smallest superhero.

Fresh from Sundance, this is the first horror anthology to be written and directed entirely by women.

After a one-night stand, Holly develops a dangerous obsession with Tyler and transfers to his high school, desperate to keep their “romance” alive.

Nobody Speak: Trials of the Free Press – 23rd June 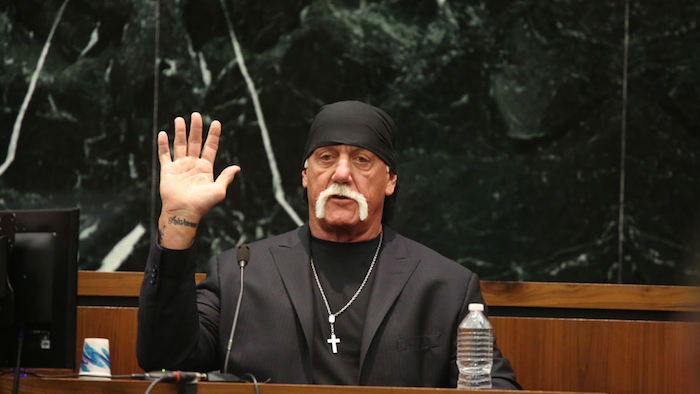 Hulk Hogan’s court case against Gawker Media turns into an examination of how the wealthy can thwart freedom of the press to silence their critics. Screening at Sundance London before its release worldwide.

After befriending a mysterious horse during a summer in the English countryside, 15-year-old Zoe finds the strength to deal with issues she faces.

Before Ragnarok, don’t miss the chance to reacquaint yourself with the God of Thunder, as Chris Hemsworth’s hero teams up with his deceitful brother, Loki, to save the Nine Realms from the Dark Elves. Tom Hiddleston inevitably steals the show.

The American medical drama about the Emergency Room at San Antonio Memorial Hospital moves exclusively to Netflix UK, after initially airing on the Sony Channel. Starring Eoin Macken as heartthrob Dr. T.C. Callahan it follows a group of ex-army doctors working the night at the hospital and using their battlefield-tested medical skills to save lives. Episodes arrive weekly on Sundays, shortly after their US broadcast.

50 Cent’s drama, which follows nightclub owner James “Ghost” St. Patrick, returns for a fourth season, as Ghost finds himself arrested for a crime he didn’t commit. Can he overcome the FBI, the media, old enemies and himself? Episode 1 arrives on 26th June, with further episodes released on Mondays within 24 hours of their US broadcast.

Tilda Swinton, Jake Gyllenhaal and Paul Dano star in this drama about a girl who must keep a powerful company from abducting her pal, a gentle beast. Read our review from Cannes.

Star Sharlto Copley and director Neil Blomkamp are both on breakout form in this superb indie sci-fi, which takes place not during an alien invasion but after it, as a company field agent finds himself infected, after entering the titular area for the extra-terrestrial refugees, who are cordoned off just outside Johannesburg. A mix of body horror, political commentary and bonkers action ensues. 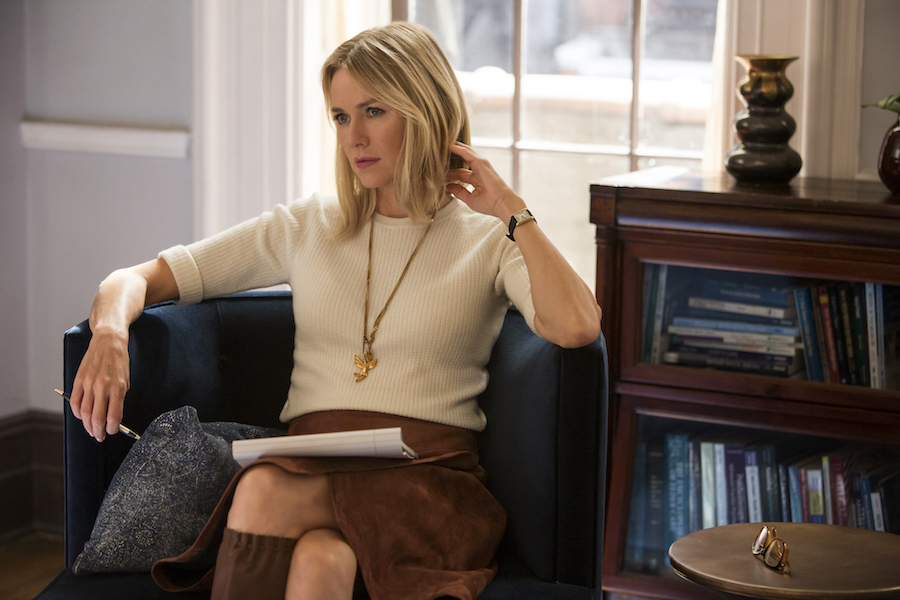 Naomi Watts stars in this psychological thriller about a therapist who develops dangerous and intimate relationships with the people in her patients’ lives.

A young woman takes a job at a powerful tech company and soon finds herself in a perilous situation involving privacy, surveillance and freedom in this Netflix original movie. Directed by James Ponsoldt and starring Emma Watson, John Boyega and Tom Hanks, the film is adapted from the book by Dave Eggers – and has been snapped up by the streaming service for UK distribution as a Netflix original, following a flop at the US box office.

Bryan Cranston stars in this biopic about the infamous Hollywood writer, who was blacklisted by Hollywood in the 1940s for his political beliefs.

Michael Fassbender delivers an unflinching performance in Steve McQueen’s powerful drama about Irish republican Bobby Sands, who led the inmates of a Northern Irish prison in a hunger strike.

Other new releases coming soon to Netflix UK in June 2017: 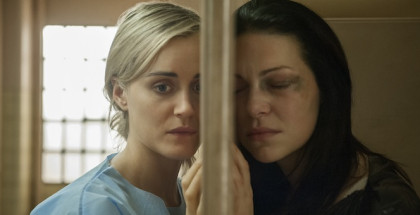 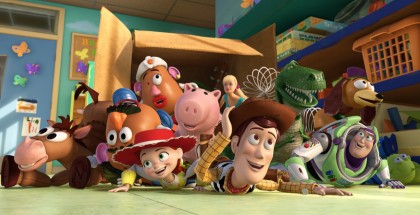